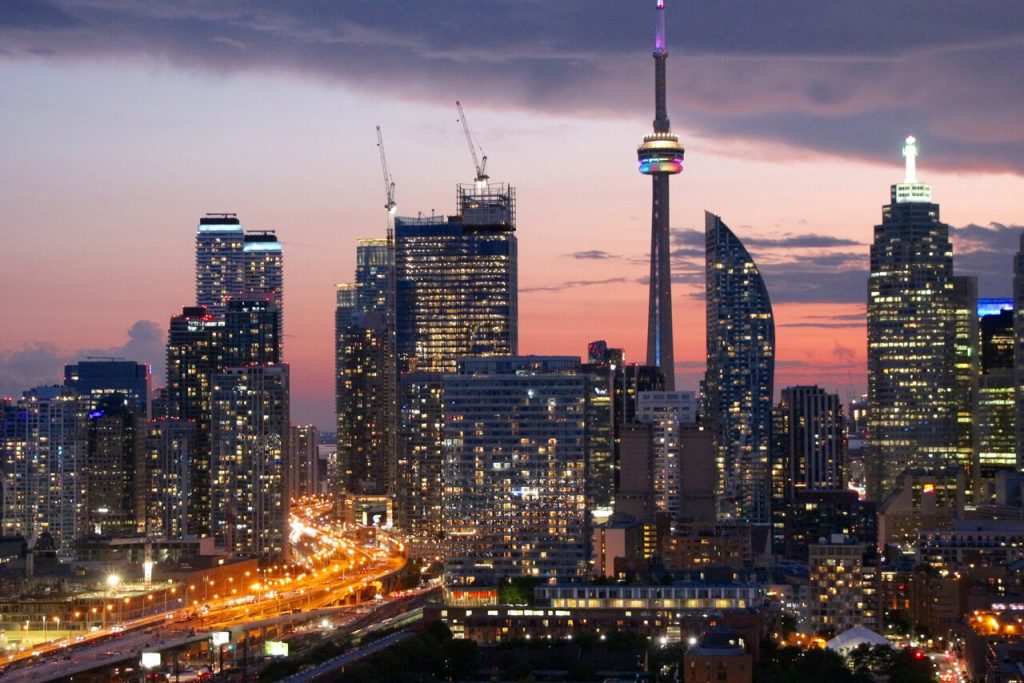 Toronto is home to more cranes than any other city in North America, according to the latest RLB Crane Index.

The summary from the first quarter of 2021 showed that, across 14 major markets in North America, there were 71 more cranes in operation than the previous quarter.

“The crane count appears to have rebounded from its previous dip, exceeding its count from this time last year,” according to the report from Rider Levett Bucknall. “We have seen tower cranes installed at residential and mixed-use projects increase to 69 per cent of the overall count. The commercial sector has also seen an aggressive increase since our previous count.”

Toronto added 84 cranes to its skyline since the last count, according to RLB – or a 68 per cent increase from the last report.

There were 20,000 condominium starts in 2020, accounting for the majority of the cranes, it said.

“There has also been a significant jump in commercial and mixed-use developments,” the report said. “These projects had been slated for the past few years and were not impacted by the economic slowdown caused by COVID.”

But RLB did point out that, during the pandemic, fewer people moved to Toronto which could impact demand for new housing in the near term.

“Another possible consequence of COVID is a shift toward permanent remote working, which may lessen the demand for commercial office space,” it said.

RLB said the number of cranes in Calgary is “up slightly” from the last report.

“With the residential market beginning to rebound, the city has five new cranes at high-rise multi-family buildings. A total of four cranes are now operating at the Bow River Bridge as one has been added,” it said. “This project is a key component in the Calgary Ring Road project.”

Report only looks at 14 cities

The RLB Crane Index looks at 14 cities across North America, with Calgary and Toronto the only Canadian cities to be examined. This means crane data from other major markets, including Vancouver and Montreal, is not examined.

Quick roundup of other markets on the index

Denver: An uptick in cranes (about 22 per cent), with residential work leading the way.

San Francisco: Dip in the crane count, as several apartment and condominium projects wrapped up.

Washington, D.C.: Increase in cranes in the North Capitol neighbourhood.