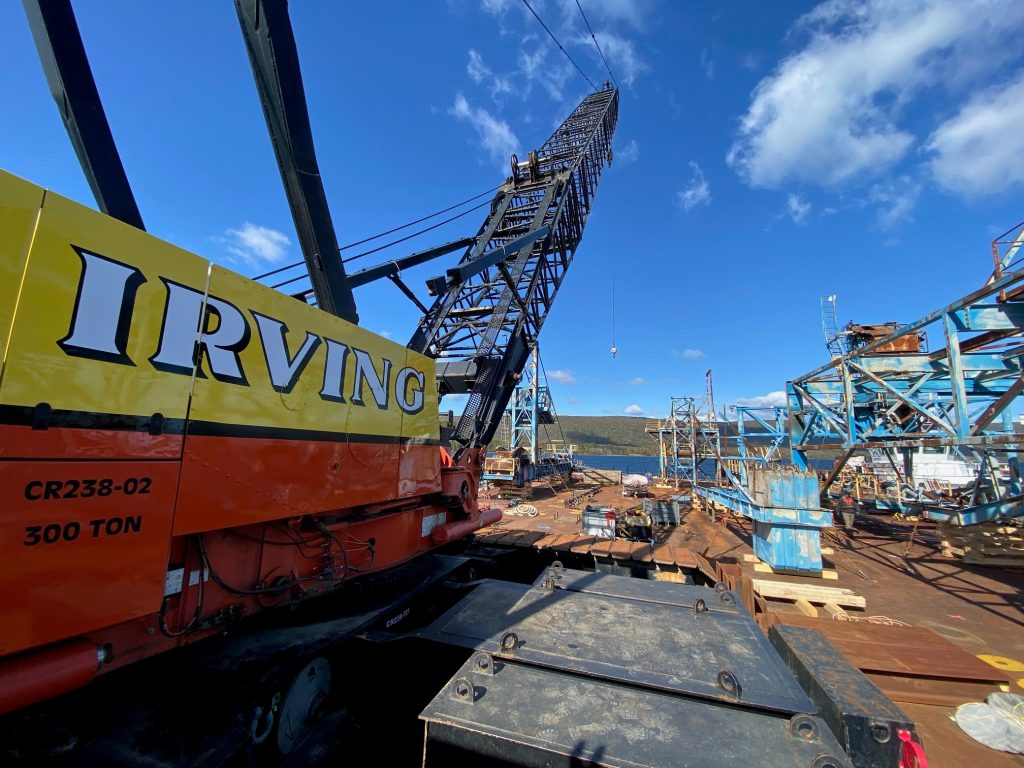 Irving Equipment Limited diversified over time, adding piledriving services in the 90s and taking on wind energy projects in the 2000s.

JDI holds interest in a wide variety of industries, including forestry products, consumer goods, shipbuilding and transportation. Over time, Irving Equipment has evolved from performing crane work primarily for other Irving companies to taking on any customer within Atlantic Canada. 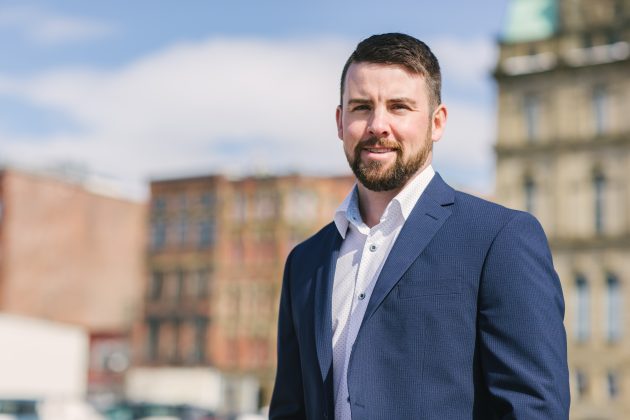 Irving Equipment director of business development Ryan Long is looking forward to the integration of augmented reality to the company’s existing CraneCAD software.

“Cranes were there from the very beginning,” said Ryan Long, director of business development. “And, at that time, also civil construction equipment, like dump trucks and dozers, which later split off into its own business. It was in the late 1970s when we hired our first lift engineer to start preparing engineered lift plans and professional services.”

In the 1980s, the company opened a new branch in Moncton, N.B., and in 1987 purchased their first all-terrain crane and developed their own in-house Computer Aided Design-based planning software called CraneCAD.

“We still use it today,” Long said. “It’s won awards over the years, and it is a fantastic tool that we use to help set us apart when we’re bidding on work.”

The company has continued to diversify, adding piledriving services in the late 90s and taking on wind energy projects and adding large crawler cranes in the 2000s, along with receiving ISO 9001 and 14001 certifications. Around this time, the company had expanded into New England but eventually consolidated back to the four Atlantic provinces. The company currently operates out of nine locations across the region.

While the business is diversified, Long says most of their work today is still crane-related, including pile driving, drilling and deep foundation work, which are mostly based on adding piling and drilling attachments to the cranes. While the company once primarily served other J.D. Irving, Limited companies, the bulk of their jobs now come from third party company.

While the exact number fluctuates, Long said Irving Equipment’s fleet currently includes about 100 cranes and 48 axle lines of self-propelled modular transporters (SPMT), as well as tractors and trailers to move the cranes and perform other support functions. As the company is not focused on a specific market, their priority is having a wide variety of crane offerings.

“We have cranes ranging from eight tons to 660 tons in capacity,” Long said. “We have crawler cranes, hydraulic mobile cranes, boom trucks and industrial cranes. And we have them from all the common manufacturers. We have cranes to suit all different needs and we also have several specialized rigging systems to compliment them. SPMTs, hydraulic gantry, a hydraulic skidding system, all sorts of rigging, spreader beams and below-the-hook goodies that add value and versatility to the cranes.”

In Long’s time with the company, the main evolution he has seen is the market demanding faster, more efficient and better equipment, which has been driven by a more competitive marketplace.

“You need to be sharp; you need to be responsive,” Long said. “We always do our best to try and make the schedule work, but the demand for excellence just continues to go up and up and up. So, you need to be faster, stronger, safer and add more value every year.” 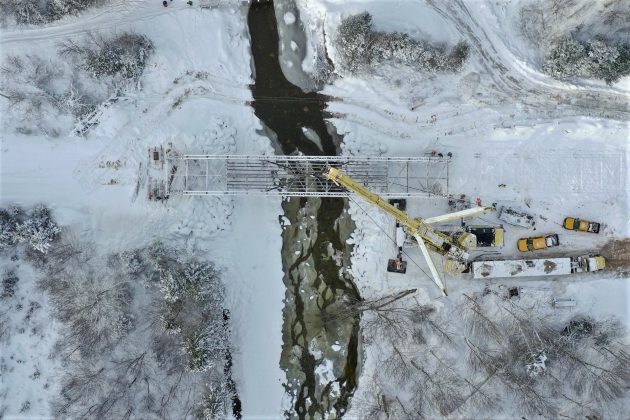 A ‘crane’s-eye-view’ of a bridge Irving Equipment lifted earlier this year.

Long added the biggest challenge for Irving Equipment today is operating in a market with somewhat limited industrial activity. This creates a challenge when developing a modern fleet in an area where the volume of work is less than it would be in a major urban centre.

“You have more road miles between your job sites, you have less frequency between your jobs,” Long said. “And, for the last number of years, there’s been no major industrial developments taking place in Atlantic Canada.”

Looking to the future, Long says the company is planning on making further revisions to the CraneCAD softwar, to make it more approachable and collaborative for their clients. One revision will be the incorporation of augmented reality features, where a user can point their smart device at a paper lift plan and will be able to view a fill 3D model without the use of a special printer or goggles.

“I think it’s going to be a game changer when you’re talking to less technical folks on certain teams because you’ll be able to show them exactly what’s happening,” Long said. “We also picture it on the job site – when you’re sitting on the tailgate of a pickup truck and you’re about to make a lift. It’s a great opportunity for everybody that’s about to be involved with that lift to see for one last time about who should be where, which direction is the crane going to swing first. Any crew member would be able to point his phone at it and see.”

“We’re excited about the future at Irving Equipment,” Long added.