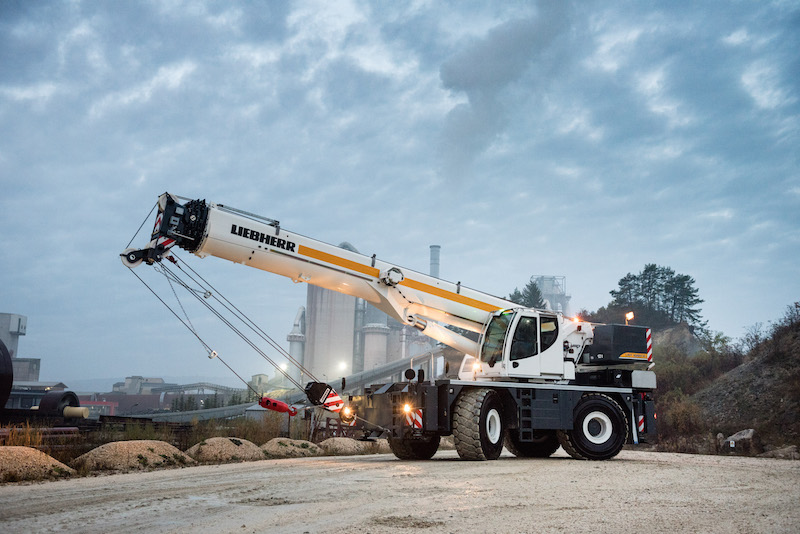 The “world premiere” of a pair of rough-terrain cranes and a virtual reality tour of a tower crane in action are among the promised highlights at the Liebherr stand at ConExpo-Con/Agg 2017.

“feature an outrigger monitoring system as standard,” said a news release from Liebherr, which is exhibiting at booth G4637 in the Gold Lot.

Visitors to the Liebherr stand can also take a virtual reality tour of a 710 HC-L luffing-jib tower crane in action 300 metres in the air as it works on the Museum of Modern Art Tower in New York City.

“Simply take a look through the virtual reality goggles and you will find a whole new world,” the release said. Using a game pad, visitors can get close to the man-sized hook and “fly into the crane’s jib or through gigantic urban canyons and watch the traffic below – anything is possible.”

Back in the real world at ConExpo, Liebherr will exhibit its new 81 K.1 fast-erecting crane, an upgrade of the 81 K. The lifting capacity of the 81 K.1 can be temporarily increased by up to 20 per cent, the release said.

Liebherr, which is headquartered in Switzerland, is also unveiling a new optional exterior cabin for its K series cranes.

The company also has an indoor booth, S84230, to display its mechanical, hydraulic and electric drive systems.