News Safety & Risk Management
Risk management: Moment a crane tips over on a barge and falls into river while dredging 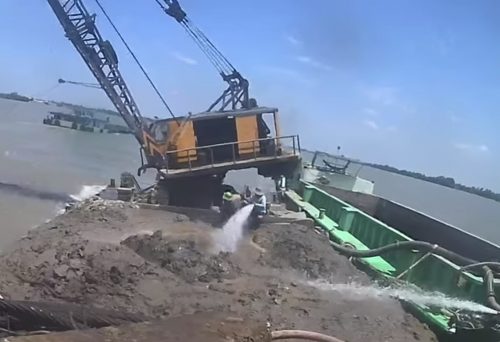 A large crane has been captured buckling under the pressure of a heavy load while clearing soil out of a river. The crane was working on the Co Chien River in Vinh Long, Vietnam, when a particularly heavy load sent the machine crashing into the water.

Footage showed the moment the crane operator pulled the soil up out of the water.

The machine appeared to struggle slightly under the weight of the load and the entire barge started to tip. | Daily Mail reported.