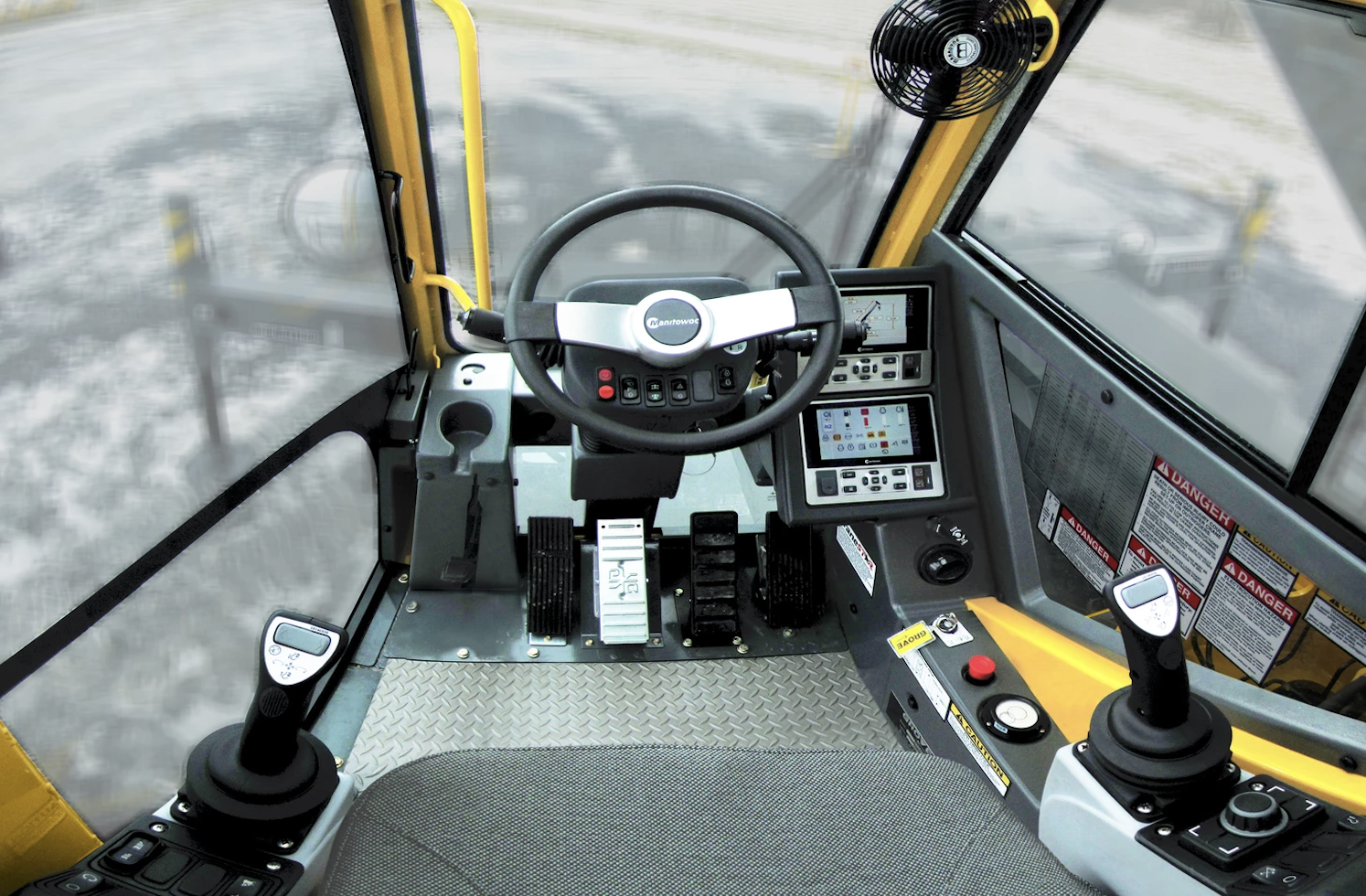 This crane manufacturer’s history spans generations of technological breakthroughs, which resulted in some of the most iconic cranes of all time. Here we take a look at three notable innovations from down the years.

Grove started as a farm machinery manufacturer in the 1940s but quickly pivoted to crane manufacturing and by 1967 had grown into a vast operation with more than 1,000 employees, producing a range of rough-terrain and truck cranes. Today, Grove is one of the world’s best-known crane brands with operations across the globe.

Innovation has been at the heart of Grove’s success over the past 75 years. A range of engineering breakthroughs over more than seven decades has helped the company create some truly iconic cranes. From the dozens of innovations the company has rolled out over the years, we pick out three technologies that are synonymous with Grove and which have helped the company write its own history.

The cover of a Grove catalog from the 1970s.

Grove’s trapezoidal boom was released in 1970 and represented a major engineering accomplishment. It provided the company’s cranes with the optimum strength-to-weight ratio in the boom and more rigidity at higher capacities. Compared with conventional booms, the Trapezoidal boom delivered greater reach and better capacity along the load chart.

This improved strength and rigidity were not only down to the trapezoidal design, but also the use of very high strength steel – a design philosophy that Grove has long applied to its cranes, to ensure best-in-class performance. Overall, the result was a deeper, wider, and lighter boom that offered greater resistance to both lateral and vertical deflection.

The design was patented and marketed under the tagline “If it’s Trapezoidal…it’s a Grove”.

Startup and setup are made easy with an intuitive setup wizard. Outrigger functions are controlled from the operating display with a jog dial. A boom configurator mode allows for easy setup and optimal configurations. A visually organized and consolidated screen with all crane functions, gauges and alerts help enhance daily work. Customization options increase the precision of the operator’s commands.

The benefits of CCS standardization — such as streamlined manufacturing and operator training across crane ranges — propelled Manitowoc to apply its principles to other areas of engineering design, including counterweights, engines, drive systems, boom, and jib options.

Because of its customer-first philosophy, a lot of Grove’s innovation has focused on getting better performance from an existing machine. The best recent example of that is the MAXbase system for outrigger positioning. With MAXbase, crane owners can position the crane’s outriggers in a wider variety of configurations, including in asymmetric layouts, to deliver greater versatility on the jobsite.

While only a few years old, this optional addition is already a popular choice with many owners who love the capability it offers to maximize a crane’s full potential. The MAXbase system also works seamlessly alongside another relatively recent innovation – CCS, or Crane Control System, which offers easy set-up and operation.

Throughout 2022, Grove will be sharing stories about its people, products, and history on social media and right here on Looking Up.

(Courtesy of Manitowoc Looking Up)
Print this page