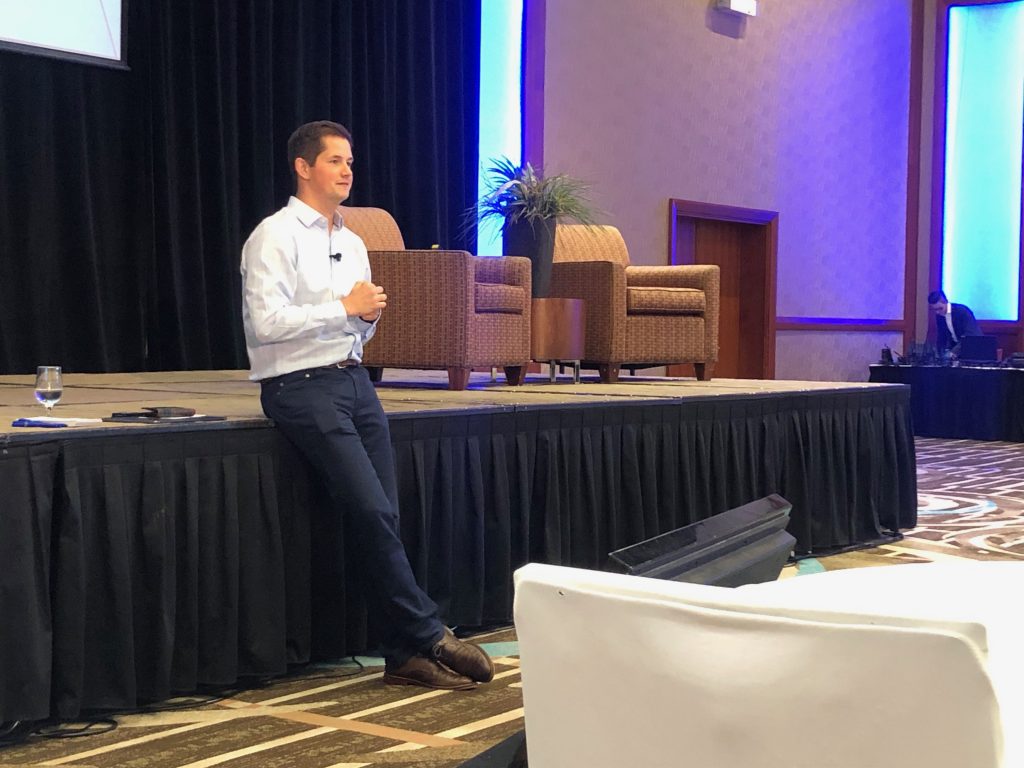 Entitled and lazy with a constant need of approval. That’s how the keynote speaker at this year’s CRAC conference described how many people view millennials. JAY KOBLUN

Entitled, lazy snowflakes with big dreams and a constant need of approval. That’s how the keynote speaker at this year’s Crane Rental Association of Canada (CRAC) conference in June described how many people view millennials—the generation of workers born between 1980 and 2000.

David Coletto, CEO of Abacus Data and expert on millennials, shared at the Charlottetown, P.E.I. conference many of the different reasons why millennials are the way they are; act the way they act; and followed up with ways employers can recruit, retain, and motivate them.

He addressed the current problem that trades and the crane industry itself seem to be having a more difficult time bringing in young fresh workers who are committed to a new company, and that no matter how much employers may hope to live forever — they won’t. And that employers need to get involved in making their workplaces places where millennials could see themselves thriving in, because they are the ones who will be the new bosses and managers and CEOs in the not so far off future. He added that millennials have no problem bouncing around jobs until they find the most pleasurable work environment for them, which greatly differs from the mindset of the generation before them.

“Millennials love working towards a common goal and working with a purpose. Gone are the days of just putting your head down and working because you were told to. Millennials will ask why and will need a little more handholding than the generations that came prior,” he says.

Coletto broke it down quite simply and said that despite today’s employers being used to a more traditional leadership style, of employees just being happy to have a job, they will need to make concessions and meet millennials where they are, get to know how they work and more or less pat them on the back more than they’re used to.

“You need to shift the way you think about millennials in the workplace and try not to view them in such a negative light,” he says. “If you go into this with the mindset that they are annoying, needy and lazy, you’ve already lost.”

A millennial himself, Coletto asked the audience why they think they are lazy, and answered his question by saying it is partly the fault of their parents and a lot to do with technology.

“It has to do how we were all raised but also the role technology played in our upbringings and lives today still,” he says. “Us being lazy is often overexaggerated. Millennials are the most culturally and ethnically diverse generation to date, the most tech-savvy and also the most educated. Millennials also understand the dynamics in the workplace.”

Coletto’s company produces the largest re-occurring report on millennials in Canada and knows his stuff. With 2,000 Canadian millennials surveyed twice a year, his team asks them for their thoughts on current affairs as well as track their perceptions on brands, governments, ideas, and lots more. He finished off his talk by listing off the following five ways employers can better engage millennials:

– Remember that the fundamentals still matter. Millennials are still like everybody else in the sense that they want job security and want to be able to have the basics needs of living comfortably met.

– Give them the tools they need to succeed. Show them what to do and how to do it well. Even if it seems like making concessions and compromises — it’s the last generation that raised them to be this way.
– Communicate openly and freely.
– Uniqueness and personal expression are important. Give them opportunities to express who they are.
– Tell your story. Millennials love to tell their stories and help others share theirs. Get involved.