Features Profiles
Q & A with one of B.C.’s few female tower crane operators

"Why shut down a woman who may end up being the best crane operator your company has ever had? Take the risk because it could really pay off," Isabella Lopes.

Isabella Lopes has been a tower crane operator in Surrey, B.C., since January 2020.

Isabella Lopes is 19 years old, lives in Surrey, B.C., and has been a tower crane operator since January 2020. She studied to be an excavator operator but says she can’t see herself doing anything other than operating cranes. When Crane & Hoist Canada reached out to Isabella she had just finished operating roughly 350-feet up on a Liebherr 200 HC. Check out Crane & Hoist Canada’s Q & A with editor Jay Koblun and Isabella on; Isabella’s role as a tower crane operator, being only one of a handful of female tower crane operators in the province, and her thoughts on why more women should work in the heavy lifting industry.

Jay: Hi Isabella. Thanks for taking some time to chat tonight and sorry it took so long for us to connect. Can you tell me a little about your role as a tower crane operator?

Isabella: No problem. As a tower crane operator, I help set up concrete pouring jobs, help put up panels for walls, help install steel columns, move materials around the job site and store materials like wood. It’s my job to organize the job site and keep it clean.

Jay: Has it ever bothered you that there aren’t more women in the crane industry?

Isabella: It’s a shame there aren’t more. There’s only a handful of female tower crane operators in British Columbia. I know of three that work for my employer, myself included. And I know of two more working somewhere else. I definitely would like to see more and I think you will as time moves on. A female presence is definitely lacking in the tower crane industry so I would love to see more.

Jay: Do you wish there were more women in crane?

Isabella: Yes—100 per cent. I really hope to see more in the future. 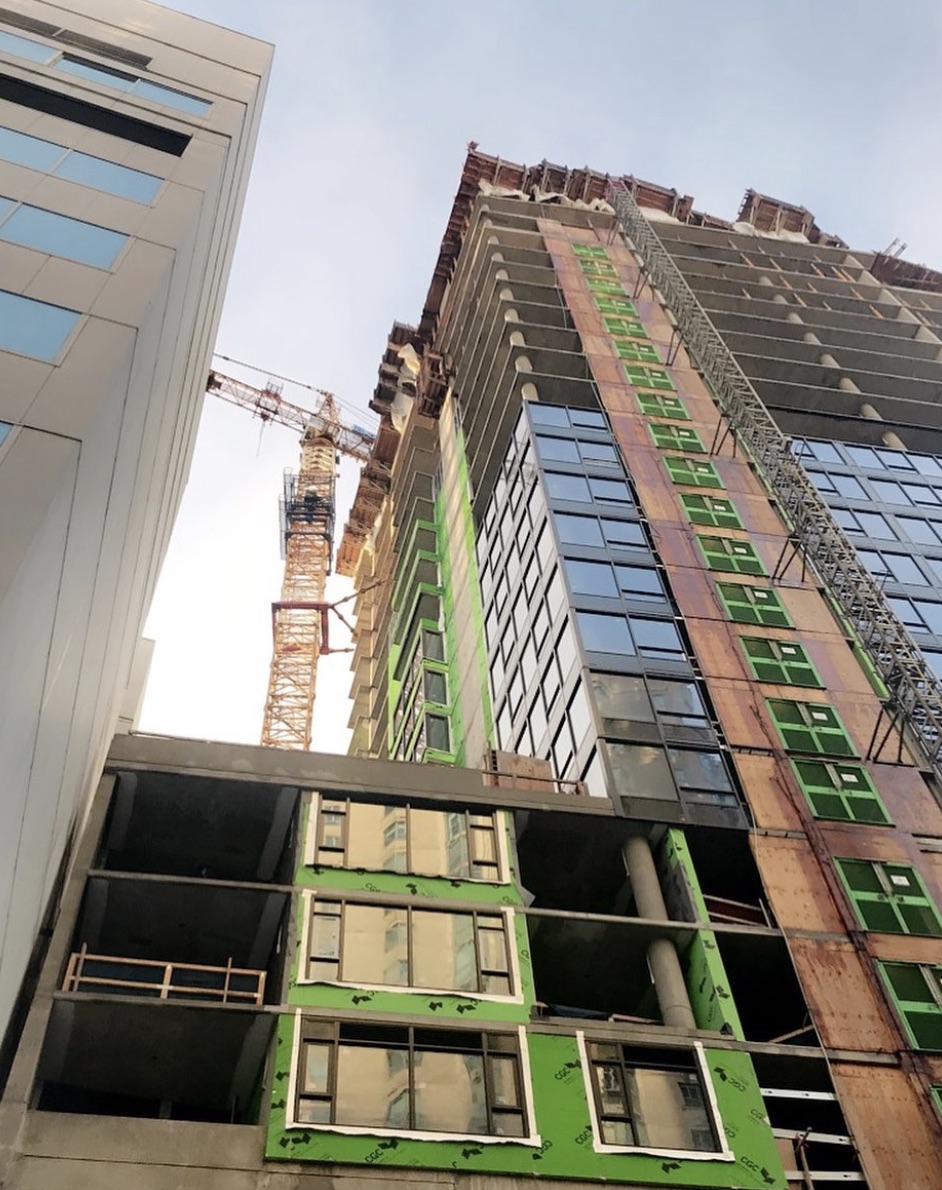 Jay: You’ve been a tower crane operator for a few months now, what makes you proud of your work?

Isabella: I take a lot of pride in my work. It’s a really hard industry to get into and I love and appreciate my job so much. I love waking up every day to climb a few hundred feet and operate a crane. It comes with a lot of responsibility and I’m proud to have a career that comes with such a high level of responsibility.

Jay: What’s a goal you have for yourself and your career?

Isabella: I want to make a name for myself in the industry. There’s roughly 300 operators in the province and word travels fast in this small industry. I want to be recognized as a good and safe operator who demands respect. Getting into tower crane operating at my age is rare, it takes some people years to get into the position so I want to make sure I do my job well and to the best of my ability. 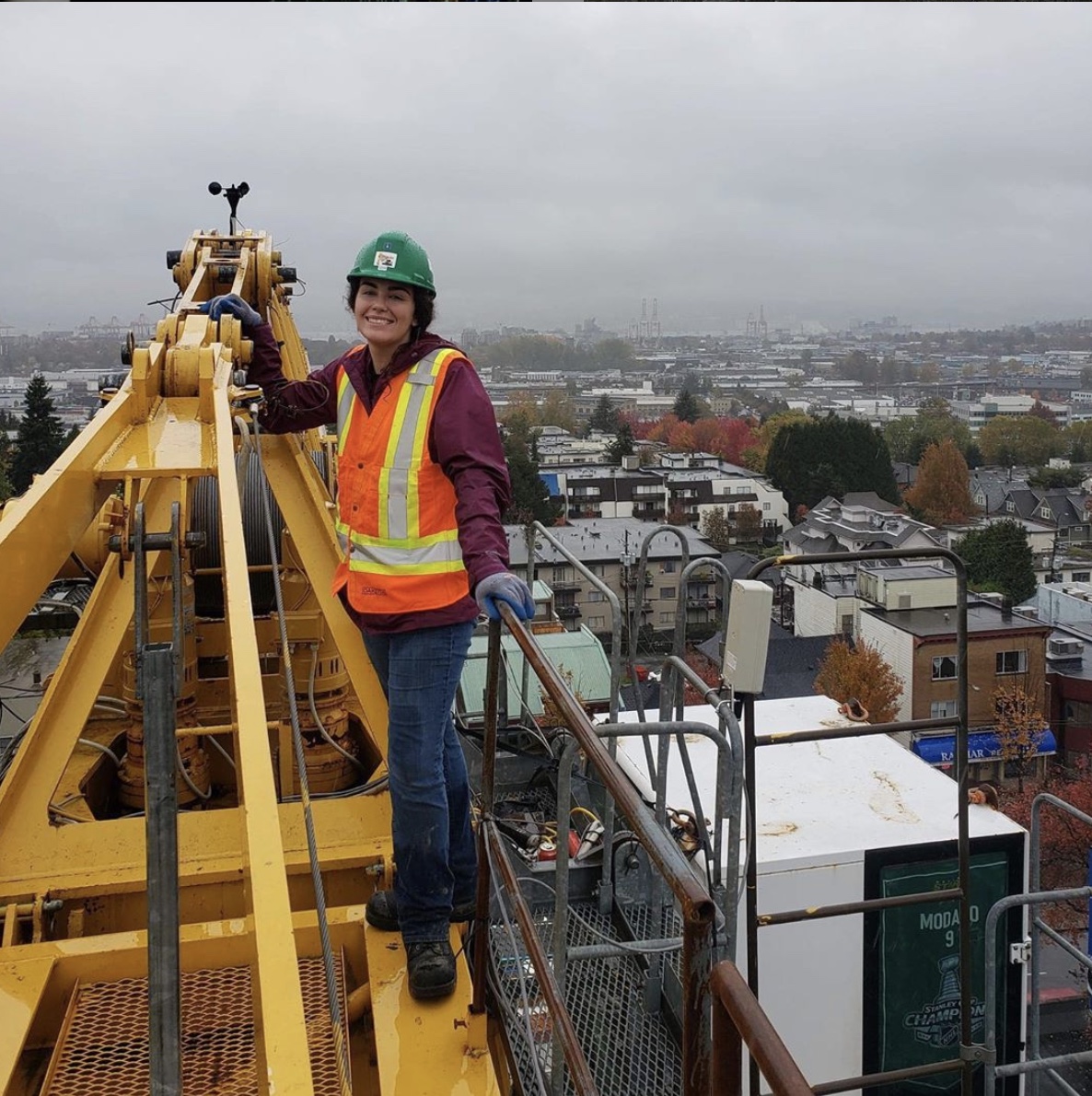 Jay: How do you think construction can attract more female candidates?

Isabella: In my experience I’d say it’s more reaching out to women and letting them know it may not be as bad as they may hear it is. It’s just like any job; there will be people you do and don’t get along with. When I first started people would tell me things like, “The guys are animals, you will hate it.” But it’s more important to encourage women and let them know that there are men in the industry who are genuinely there to support and help, and don’t care if you’re a woman or not. They see you and your skills only.

Jay: What is the biggest challenge of being a woman working in the heavy lifting industry?

Isabella: Feeling the need to prove yourself and being able to carry yourself in the professional manner that a crane operator needs to. It’s an important role. My confidence level wasn’t really where it needed to be when I first started and I learned from that. I wanted to have the respect without having to ask for it. I want people on the job site to see me as an effective boss, as a leader, and also as a peer.

Jay: What are some of the benefits hiring more woman brings to a company?

Isabella: It’s 2020, companies love the diversity. A lot of companies are still run by old timers who many never choose to hire a woman or who may think “Nah, don’t bother—they’ll only be a distraction to the guys.” But it looks good for a company to have diversity. Why shut down a woman who may end up being the best crane operator your company has ever had? Take the risk because it could really pay off.

When I was in school for excavator operating I heard that women make better operators. I don’t know if it’s true or not but I was told women can be easier on machines, often have better attitudes and can be more safety conscious. Of course it depends on the person, but women sometimes have better attitudes and tend to not come in with the same pride and egos men can have. We come in with a different attitude. In a way we know we have more to prove so it translates to how we present ourselves on the job site. 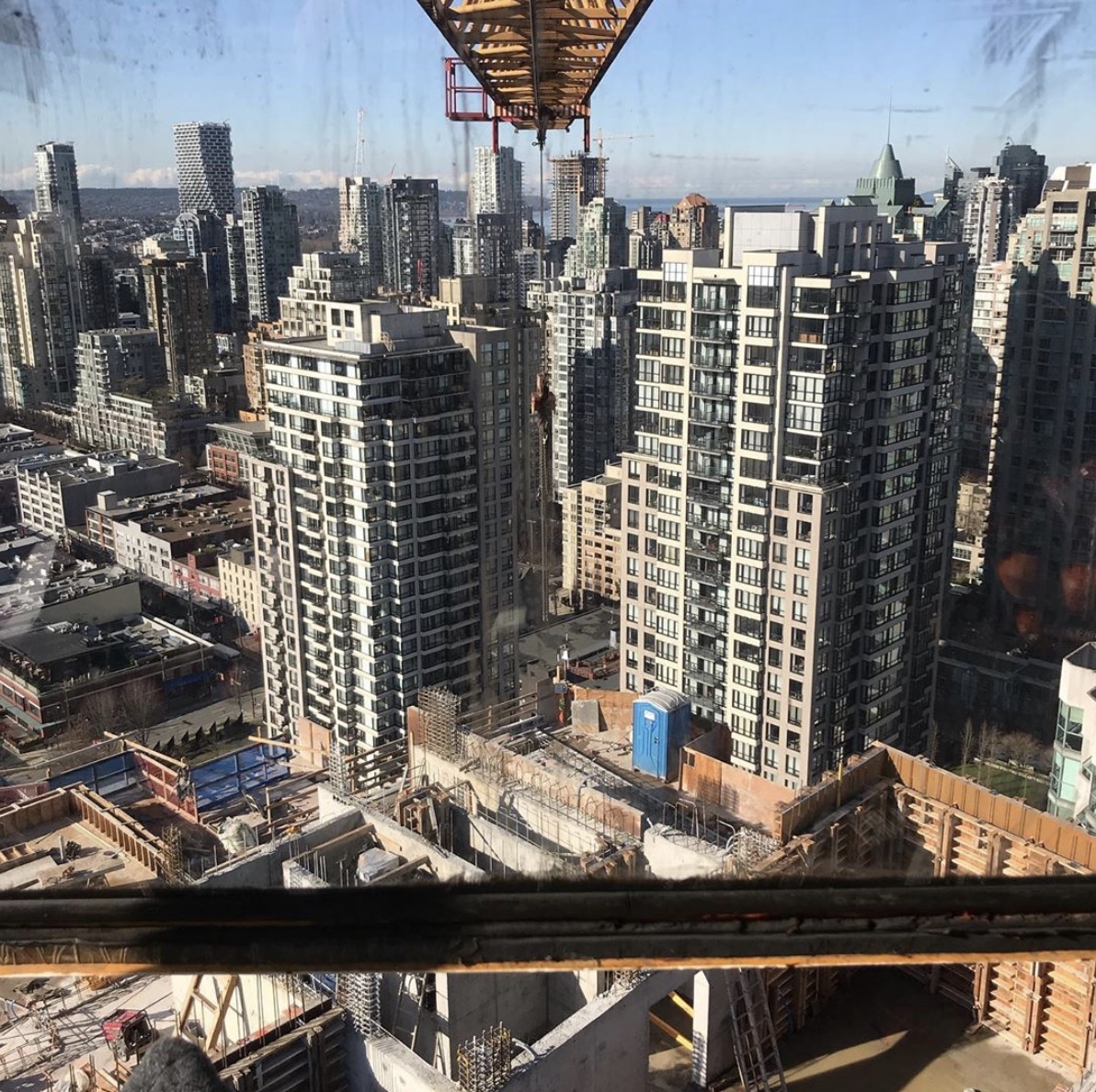 Tower crane operator Isabella Lopes studied to be an excavator operator but now can’t see herself operating anything other than cranes. By Isabella Lopes

Jay: If a female friend of yours, or not necessarily even a friend, asked you if they should begin a career in the crane industry, what would you tell her?

Isabella: Whatever trade you’re thinking of starting in, don’t be afraid to ask for help. If you know what you’re doing, and look like you know what you’re doing, sometimes the guys will try to tell you something you know is not right. Just do what you know is right! Be safe. Be confident. It’s an amazing career to get into. I love my job and I love the guys I’ve met. There’s many that are awesome at supporting me in my career as a crane operator and I really appreciate them.