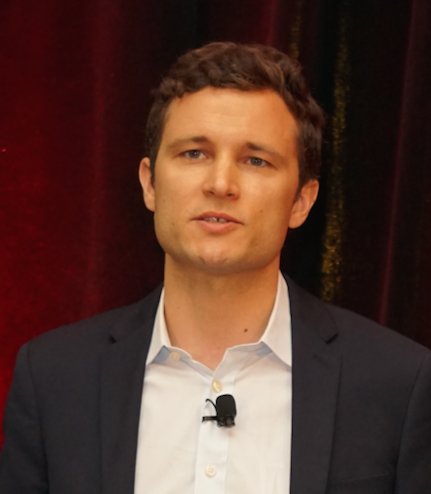 All those forms that employees are filling out aren’t doing a crane company any good if they’re simply placed in a filing cabinet and forgotten, says Adrian Bartha.

As the chief executive officer of eCompliance, a cloud-based software platform for tracking safety data, Bartha is still very much in favour of collecting that information. But the goal of his company is to gather and store it efficiently so that I can be accessed instantly in order to make the workplace safer and to bolster the bottom line.

Even for companies that pride themselves on filling out forms fully, “usually over 90 per cent of the information is not acted upon or used in a full management cycle at all,” Bartha said during a presentation at the recent Crane Rental Association of Canada annual conference in Montreal.

“And it’s not because people aren’t efficient or are not doing their jobs,” Bartha added. “It’s because it’s just not the way it was set up. When you’ve got people to process these there’s only so much you can do unless you hire a lot of people just pushing paper around, which you don’t want to do.”

As a consequence, most of that information “was just going out the window. It wasn’t going anywhere. And I thought that was a pretty big problem.”

Bartha spoke to the conference at the invitation of CRAC director Sheena Baker, operations manager of Ontario-based Canadian Crane Rentals Ltd. Claire Bélanger-Parker, CRAC executive administrator, said that a couple of CRAC directors have used eCompliance software and were so pleased with it that they wanted to spread the word among their peers.

Bartha previously worked with the crane rental industry when he was partner in starting up Firelight LP, a $200 million Canadian renewable power development company. The company had a good run for about five years and was financially successful, he said. However, it had a fatal flaw: an onsite contractor had an employee die in a workplace incident.

Bartha didn’t specify what caused the death but did say it wasn’t from an incident one might associate with power generation, such as from high-voltage or even a crane erecting a structure.

“What ended up happening was a very seemingly random incident,” he said. “And that really opened my eyes personally to the risk that is inherent on a lot of sites, and in a lot of businesses, and how all that becomes kind of hidden, under a lot of the paperwork and the process that companies have.”

It turned out that what they discovered was just the tip of the iceberg, he said, using a slide of an iceberg to illustrate the point.

“Contractors didn’t know where, the people on site didn’t really know where it was, and there were a lot of missed opportunities because there was a lot of things that people were doing really well that weren’t getting communicated across the company.”

To address that, eCompliance developed a web-based and mobile application to help better manage safety and quality in training. Along the way, the company received feedback from safety construction associations across Canada. Today eCompliance, which is based in Calgary with an office in Toronto, has about 250 clients in Canada and the U.S.

While the app saves time, which Bartha says is great, “what we’re really trying to do is identify and reduce the risk across the organizations with something that is easy to use for people in the field.”

He later realized that advances in software and technology presented “a pretty good opportunity not just to protect companies but to give them a competitive edge.”

One way to accomplish that is to deal more efficiently with the myriad forms even a small and medium sized firm has to handle in the field every year. Surveys have found that companies of 50 to 200 employees are filling out an average of 10,000 forms annually, he said.

It’s not the paper, it’s the time

“But the real issue with it is not just the paper but the time that’s spent on the paper,” Bartha said.

People hate wasting that time, especially when the information recorded in all that paperwork is never put to any use. Yet all that data contains nuggets of information that can help workers and companies make informed decisions, Bartha said.

The eCompliance system, for example, enables a manager to identify at a glance a variety of risks, and what action items are being completed or not being completed. That includes identifying in the field whether or not an employee has a certain training certificate and being able to access the master record of that certificate on the spot should someone request it.

“It shouldn’t be sitting on the dashboard of a truck or somewhere lost in flux,” Bartha added.

In a paper-based world, those forms come back to the office and languish in a filing cabinet or wait for someone to key them into a database.

“Why not at least figure out how well you’re doing on the third question on that form that you’ve been filling out for 20 years?” Bartha said.

The answer might be that a certain function has been failing 10 per cent of the time over those two decades, which would manifest as a huge risk to the business, he pointed out.

According to Bartha, his company has devised a system that is easy to use even for people not technologically inclined. He expects that soon, if not now already, everyone on a job site will have a smartphone or tablet that can download the system and communicate from the field into a company’s singular system of record.

And for those who don’t like writing out lengthy descriptions, the application enables uploading of a photo to describe the situation.

His company also discovered from discussions with clients that the software would also give them a competitive edge. Why? It turns out many firms are sharing their quality, performance, and inspection forms with their own clients. In doing so, they provide evidence of the inspections and outcomes, for example.

And by communicating with clients in that proactive way, “that was getting them more business,” Bartha said.

As a software developer, he was impressed because he hadn’t even considered that possibility. He also discovered that the software enabled continuous improvement because by collecting better data and acting on it, not only do companies reduce risk, they get better at what they do.

“Every day, every week, every month. And that’s an accelerating curve,” Bartha said.

“And I would propose to you that the way you do that boring part of your business in collecting those forms and taking actions on them is one of the hidden competitive advantages that most people don’t really think about,” he added.

Referencing a slide in his presentation that cited 2014 research from the Aberdeen Group, Bartha noted that a survey of about 120 companies found that the top 20 per cent of safety performers were twice as likely as the average company “to use technology in mobile devices in the field, which is a pretty strong correlation.”

That same 20 per cent also reported about 81 per cent fewer injuries than the average. “That is a massive difference,” Bartha said.

Asset downtime was also a lot less, by about 60 per cent.

While the reasons for those differences now seem obvious, Bartha said it has taken a few years to figure them out.

“You can measure risk in a whole bunch of different ways but until you measure it, you can’t manage it,” Bartha said. “Until you can manage it, you can’t do anything about (it). So you need the facts, and you need an easy way of getting the facts. Or at least that’s our thesis.”

In closing, Bartha noted that he’s encountered many great businesses with great people that have been hampered by a tendency to do things in certain ways because those are the ways they’ve always been done. That can be a dangerous thing if it exposes a company to greater risks. “And that’s something that should be vigorously fought against.”