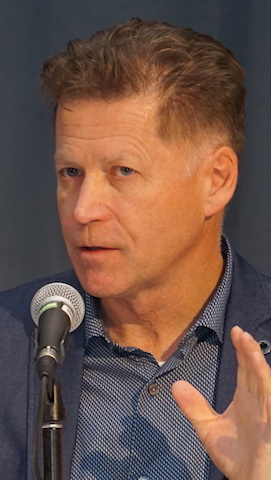 A “substantive alignment” of apprenticeship programs for mobile and tower crane operators across Canada is expected to be completed by this September, said the chairperson of the Canadian Council of Directors of Apprenticeship in a recent interview.

“As far from what I’ve seen is we share progress on implementation from province to province,” said John Ritter, who also chairs a council task force on the harmonization of 10 Red Seal trades including three crane operator trades.

However, Fraser Cocks, executive director of the B.C. Association for Crane Safety, said that

after a pair of webinar-based meetings on the subject in December he was still confused about the next steps in the process.

“We didn’t have 100 per cent agreement province by province. Therefore are we moving ahead with this or not is the biggest question,” Cocks said in a recent interview.

According to Ritter, the short answer to that is yes, with each of the jurisdictions involved now having to decide how to implement the recommendations.

One thing Ritter and Cocks did agree on is that there were areas of consensus. For example, it was agreed to move to one apprenticeship for mobile crane operators rather than the two that currently exist. However, on such things are the number of hours of training required, the number of levels of training, and their sequencing, the two men had differing views.

Ritter, though, said consensus was achieved.

Specifically when it came to hours, Cocks said the parties were 500 hours apart, which he called close. But Ritter said, “They were able to achieve consensus on the number of hours.”

Ontario and Quebec on the sidelines

Cocks said another problem is that some jurisdictions indicated that they weren’t going to change although they didn’t disagree with the proposed changes. On that, Ritter pointed out that Quebec took part in the exercise as only an observer and that Ontario “remains absolutely supportive of harmonization” but cannot move forward with implementation pending the outcome of a review of the scope of practice of the Ontario College of Trades. (The province recently accepted the recommendations of former Secretary of Cabinet Tony Dean in that review and will introduce legislation in the spring, the government announced in late November.)

“But then with respect to the rest of the provinces and territories, absolutely everybody is moving forward with it,” Ritter said.

The CCDA has started work on harmonizing a second set of eight trades, which it hopes to complete by the end of 2017.

The keys to harmonization

For most of the trades, the harmonization involves four keys things, said Ritter, who by day is the CEO of the Saskatchewan Apprenticeship and Trade Certification Commission.

First, each trade should be called the same thing in each province. For simplicity’s sake, the Red Seal trade names are being used.

Second is settling on the number of hours of training across the jurisdictions. Third is making consistent the levels of training — whether it’s a three-year or four-year program, for example.

And fourth is the sequencing of the technical training, which Ritter called “a really significant component.” Without that, an apprentice who moves from one province to another after a year of training might either have to duplicate part of the training or miss out on part of it. “That can create a bit of heart burn,” Ritter said.

Aside from those four areas, two others were specific to cranes: weight restrictions, and equipment classifications.

In November, the CCDA approved recommendations on five of the six categories, Ritter said. “The only one outstanding was the weight restrictions,” he said.

The merger of the two mobile crane operator categories into one classification was also approved.

Both Cocks and Ritter agree that the Red Seal is an endorsement of a provincial credential.

“This is part of the problem: each jurisdiction has the authority to say no and/or to opt out,” said Cocks, who is also executive director of the Canaidan Hoisting and Rigging Safety Council, which has not been formally involved in the apprenticeship harmonization initiative.

If goal is to have one credential across the country, “let’s start moving toward that,” Cocks said. “And if so what’s the schedule, what’s the timing expectation … and there’s got to be funding attached to this because it takes work.”

Goal is to address apprentice mobility

But Ritter said the apprenticeship harmonization exercise “has been around making sure the mobility issues for apprentices are addressed.”

“We both understand it’s an endorsement on a provincial certificate,” Ritter said. “But if you think of it as a destination, we have a common destination and every province and territory has kind of a different path to get there.”

Cocks wasn’t sure what direction B.C. needs to take next or what needs to be done to make sure that the industry’s concerns are met. And Ritter didn’t have any specific road map for him but he could say how Saskatchewan is doing it.

“We’ve had the participation of our trade boards throughout this process,” Ritter said. “So none of this is new to any of our stakeholders in the province. The way we did it is we brought them all along for the ride and for the discussions right from the very start.”

Ritter added that “individual provinces are responsible for closing the information loop within their jurisdiction and with their stakeholders.”

Despite his concerns, Cocks said he is encouraged that, in his estimation, the crane industry is 80 per cent of the way to harmonization. “We’re close,” he said.

“At some point in time, it will happen,” he added later. “It’s just another bump in the road.”