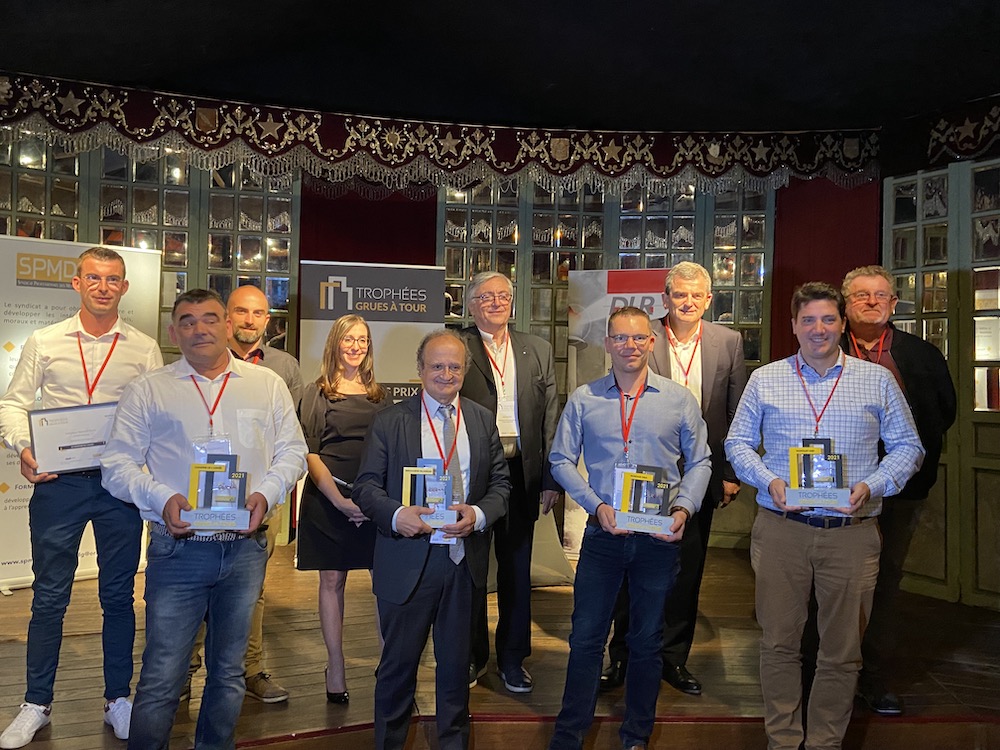 All winners at the Tower Crane Awards 2021. Photo: Manitowoc

Potain earned top marks for three of its recent installations at the third edition of the Tower Crane Awards.

The international awards program is organized by the Federation of Construction and Handling Equipment (DLR) and the Professional Union of Crane technicians (SPMDG).

The awards ceremony took place at the Museum of Fairground Arts in Paris on Sept. 23. 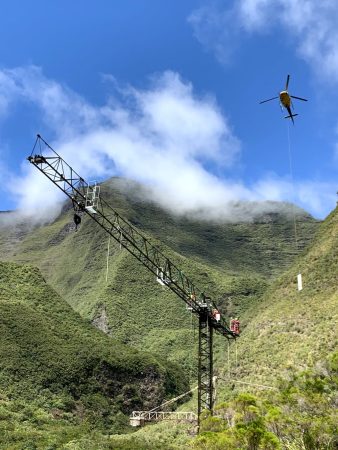 GLI used a helicopter to lift elements in the assembly of a Potain MCT 58 crane on a dam on La Réunion. Photo: GLI

The prize for Top-slewing Assembly of the Year went to GLI (Grues Levages Investissements) for the erection of a specially designed Potain MCT 58 on the Sainte-Rose dam in a remote area of La Réunion.

Due to the difficult terrain, the crane elements needed to be transported to the site and lifted into place using a commercial helicopter. Potain designed the crane so that each element would not exceed the one-tonne maximum capacity of the helicopter. The new MCT 58 crane was initially used to dismantle the old Potain 427, which had been on the site for more than 30 years and will later be used to maintain the dam. 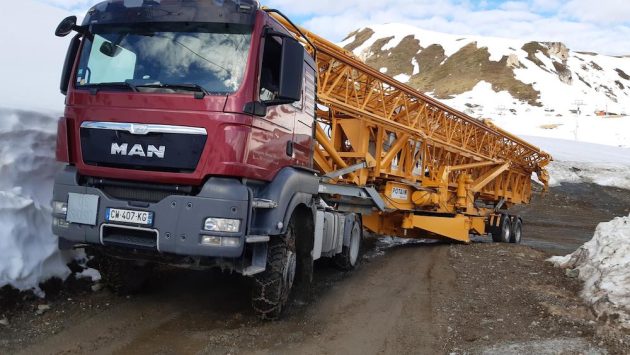 Valente Grue Assistance had to transport a Potain GTMR 386B up a ski slope for assembly at an altitude of 2,700 m in the Alps. Photo: Cyril Thévenon

Valente Grue Assistance, meanwhile, came top in the Self-erecting Assembly of the Year category for erecting a GTMR 386B in the Alps at an altitude of 2,700 metres. The distributor’s main challenge was to climb a ski slope, towing a 28-t load to the top of the resort. 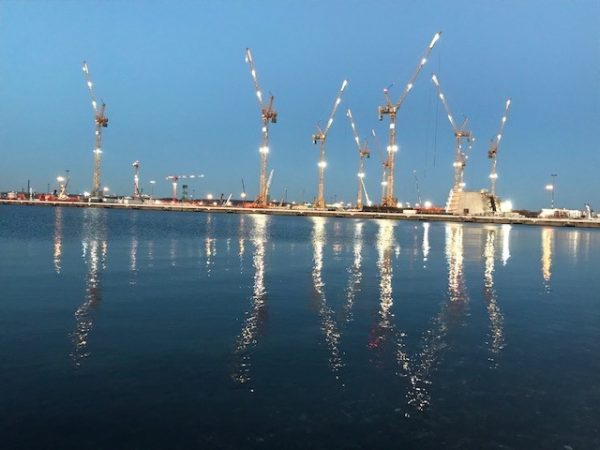 Uperio took home the award for Construction Site of the Year for the assembly of 16 MR 608 luffing jib cranes with 10-metre chassis and travelling mechanisms at the Fecamp offshore wind farm in Normandy. The assembly involved complex international logistics with 250 containers, as well as pre-assembly of certain components before starting the erection of the cranes. A huge and challenging construction site.

“It is a pleasure to see our hardworking Potain distribution partners recognized for their collaboration, experience and skill on these complicated erections,” says Stéphane Giraudo, sales director France and Benelux at Manitowoc, which owns Potain. “Many congratulations to the winners.”