The product is greener and avoids the typical hydraulic cylinder repairs or potential for leaks and contamination at docks. 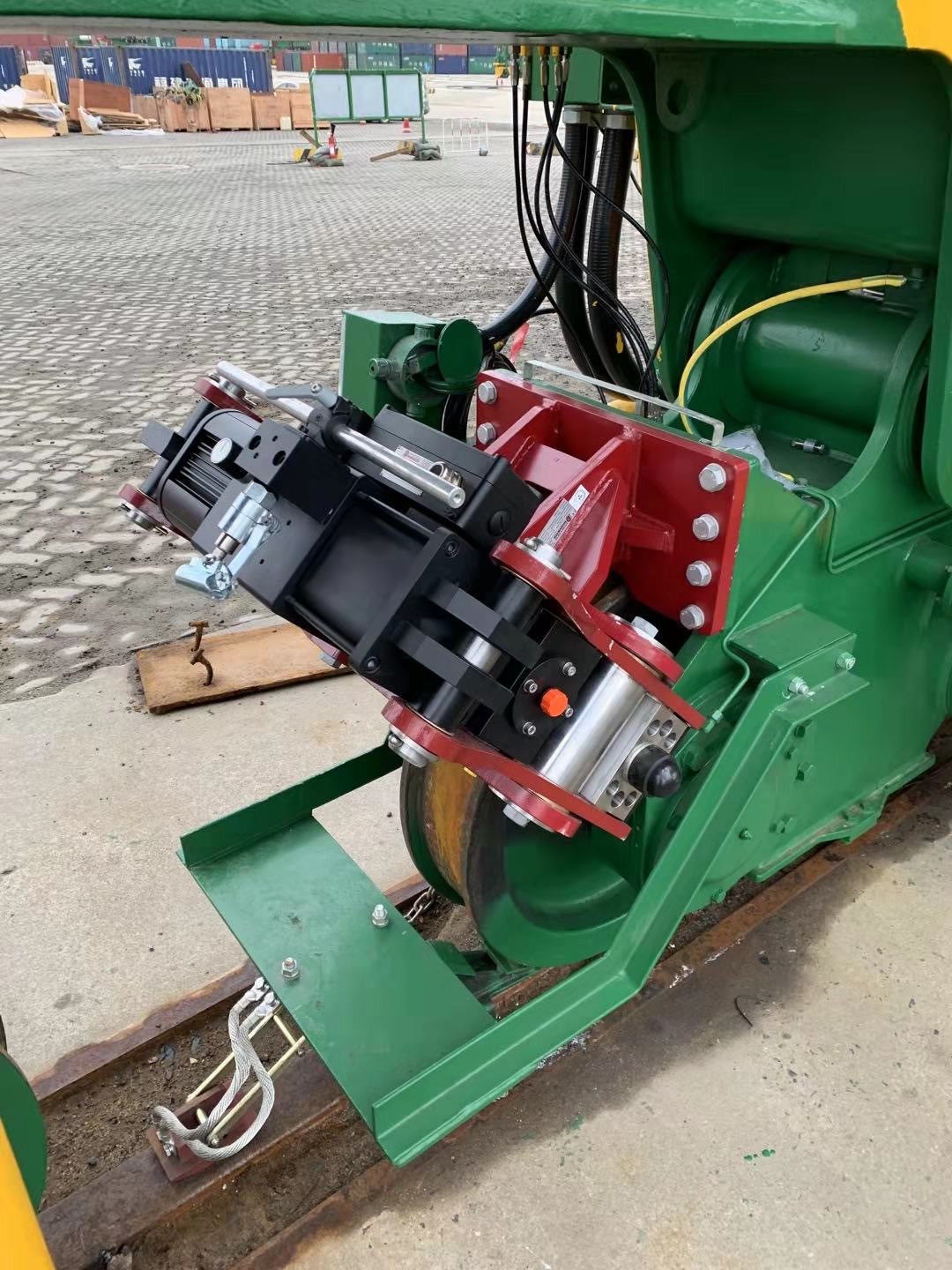 The BRBe brake is for cranes at ports, steel mills and other heavy duty applications.

“The product is launched as an alternative to lessen the impact on hydraulics on cranes and make installation improved while reducing costs to owners. The product is greener and avoids the typical hydraulic cylinder repairs or potential for leaks and contamination at docks,” said Joel Cox, president at Pintsch Bubenzer USA. “Our BRB120 and BRB90 designs are popular hydraulic wheel brakes, but this was built with greater ease and simplicity in mind both for OEMs [original equipment manufacturers] and end users.”

Cox stressed that installation of the new brake doesn’t eliminate the need for runaway or storm brakes.

“Specifications still call for storm brakes. And ports, for example, still use mechanical tie downs during hurricanes and big storms when they have time to prep for them. Our wheel brakes are good to keep the crane from rolling and preventing them from catching momentum down the runway. It is up to the end client or OEM discretion whether to use wheel brakes, push down [on rail] brakes, or rail clamps for everyday use,” he said.

Importantly, the BRBe, which can be retrofitted, is designed for outdoor cranes, such as ship-to-shore, rail-mounted gantry and rubber-tired gantry cranes. In the event of microburst wind, gale storms, tornados, or hurricanes, a traditional storm brake would determine the wind speed and lock; in other words, it would push down on the rail, wedge rail or grab rail head, and squeeze the wheel flanges.

A brake from the norm

“If a known storm is coming,” Cox said, “Operators typically have storm tie downs that are more mechanical and binding to the earth. However, depending on the location of the crane and the special tie down points on a dock or runway, it might be in danger of traverse to get to those points in unexpected weather conditions. With storm brakes, long runs of piping, hoses, cylinders and valves are all subject to leaks and water ingress, for example—and potential failure. A wheel brake design might have 16 brakes with between 16 to 32 locations; that’s a lot of potential fail spots. The reaction time is also very important to what operators can achieve.”

On the all-electric BRBe wheel brake, meanwhile, there is no hydraulic power unit (HPU); instead a low amperage, three-phase power unit (the largest produces only 1.8 FLA) is utilized, which comes water intrusive ready with IP67 class and is suitable for a standard temperature range of -30 C to +60 C.

The electric wheel brake originated from the RWBe, a green concept that removed all hydraulics. Pintsch Bubenzer added its new BUEL thruster line-up, which had a traditional thrusting version (H model), a self-contained HPU version (G) and a version for storm brakes (S) that would pull and not thrust. The new, all-electric version is used with the BUEL S model. The BUEL G is used to remove traditional HPU units on other applications not related to traveling motion.

“The [BRBe] unit is already showing up on cranes in the USA and has environmentally friendly design since it requires no oil change, lifetime internal filling and intermittent operation. It requires no bleeding, no special wiring, and no pipes or hoses to worry about. Further, operation is coil spring applied,” said Cox.