News
Nova Scotia-made trucks did a share of heavy lifting 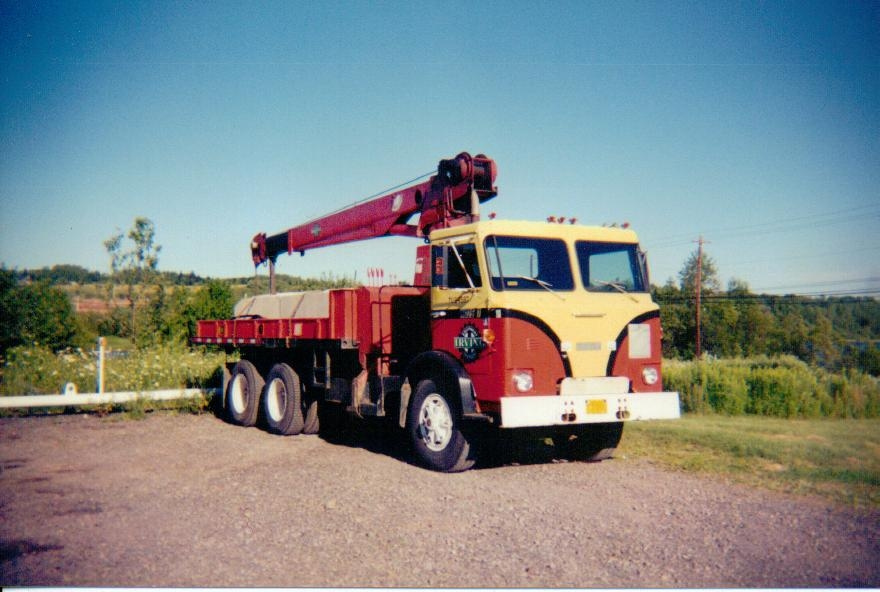 Scot Truck models were well known throughout the region and were utilized for a wide variety of applications, from mining trucks, airport crash rescue trucks — and even cranes — as evidenced in the photo accompanying this article.

Originally called Atlantic Truck Manufacturing Limited, Scot Trucks was established by the Irving family, with James K. Irving as company president. The company set up shop in Debert and repurposed a Second World War-era 45,000 square-foot hanger that had once constructed air force bombers into a factory.

In a 1995 retrospective on the company in Old Autos, reporter Bill Jarvis stated that Scot Trucks’ total production was 1,155 vehicles, and that Scot fire trucks and airport crash rescue trucks were particularly popular, being exported to Mexico, Venezuela, Iran and Iraq. Scots were a high-end product — they were more expensive and heavier than many of their competitors, as a result of high-quality, heavy-duty construction. The trucks’ unique designs seem retro and unusual by modern standards, but they were representative of their time.

“The conventional Scot tractors looked normal in their day,” says Jarvis today. “They were easy to identify, but most makes had their own unique styling.”

Bill McNeilly was hired in 1970 as general manager and manager of operations. From an engineering background with International Harvester and Western Flyer Coach, McNeilly brought that perspective to his work with Scot. McNeilly says that Scot Trucks were built specifically so that they could be adapted to many types of work.

“We just built cabs and chassis,” says McNeilly. “The body builders would have put whatever they wanted on it. We built various lengths and different axle capacities and different frame capacities, things like that. But as far as any actual crane installations, we didn’t do those.”