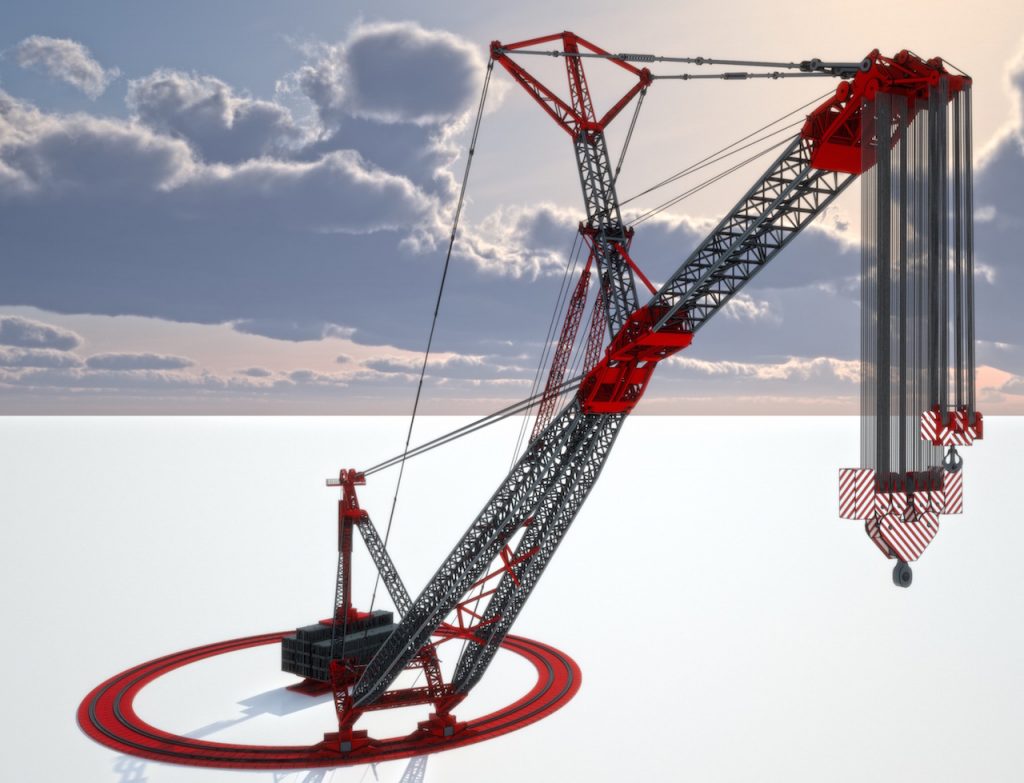 U.K.-based heavy-lift specialist ALE Limited plans to build a heavy-duty jib up to 100 metres long that can fit onto its AL.SK 190 and AL.SK350 cranes.

The new jib, to be built from high-grade specialist steel, will have a lifting capacity of 3,400 tonnes, said a news release from ALE, which is headquartered in Staffordshire and has 30 offices around the world including two in Alberta.

“The jib is a modular design and can be assembled in different configurations,” the release said.

The AL.SK 190 and AL.SK350 cranes are part of the ALE Innovation series, meaning they are designed for lifting and instlaling “ultra-heavy loads,” the company says.

“The AL.SK cranes have always been designed with a potential for a jib but has previously never been required,” ALE’s technical director Ronald Hoefmans said in the release. “We have received client requests to lift with heavier capacities to bigger heights.”

An AL.SK crane can be equipped with a 4,000-tonne main winch system and a 600-tonne auxiliary quick winch system. A strand jack lifting system is used for weights of 4,000 to 5,000 tonnes.

While these cranes can perform previously unachievable lifts, they occupy very small footprints, which saves time and money, the release said.

The specialist steel on the jibs will be milled with steels of up to S1100QL. According to the website of Masteel UK Limited, S110QL is ultra high yield structural steel that is relatively new to the market. It boasts a minimum tensile strength of 1,100 megapascals.

“The material is quenched and tempered and is relatively easy to bend and weld but it’s the strength and wear resistance which makes this steel a highly sought after and marketable item,” the Masteel website says.

ALE’s new jib is of “a unique patented design with a wide strut,” which boosts the lifting capacity. It will enable higher lifts of heavy loads and with a larger radius, Hoefmans said.

The company expects to complete the work by the end of this year.

Founded in 1983 by Roger Harries, ALE delivers strategic heavy-lift services to such sectors as oil and gas, energy, ports, mining, and renewables.