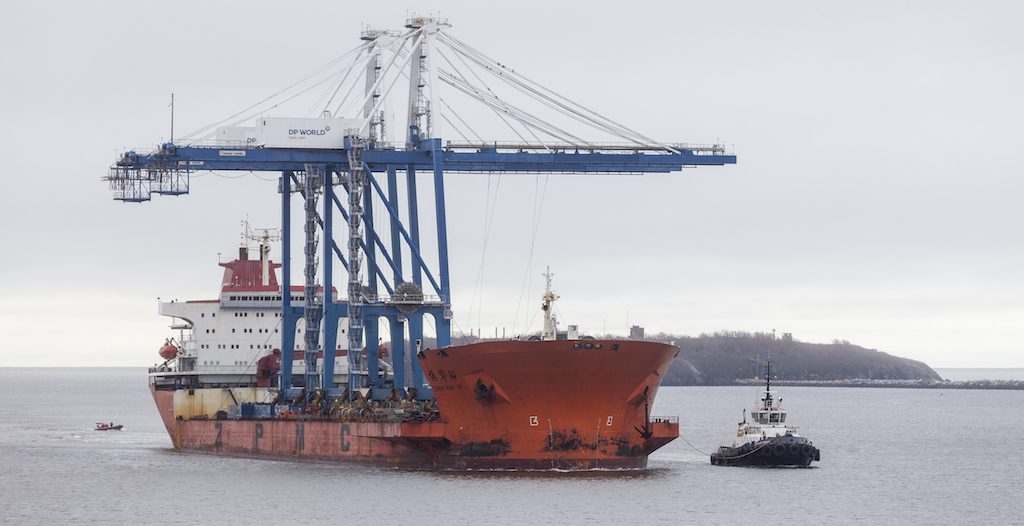 The cranes arrived Oct. 29 aboard the ship Zhen Hua 14.

CBC reported that the cranes were recently refurbished in Charleston, S.C. They are about 10 metres taller than the cranes they’ll replace, which were second-hand when they went into service in 1971, CBC noted.

“The cranes represent private sector equipment investment on the part of DP World, the new terminal operator set to begin operations at Port Saint John in January,” said a news release from the port in advance of the arrival of the refurbished cranes.

A DP World official said by email that the cranes were built by Paceco España in 1998 and refurbished at the Columbus Street Terminal in Charleston.

The cranes are capable of working a 16-container-wide vessel with a capacity of 6,500 20-foot- equivalent units, a.k.a TEUs, noted a news release from DP World. That’s more than double the capacity of the average vessel currently serviced at the port.

The machines are expected to go into service at the port’s container terminal in January when DP World takes over the terminal’s operations.

The port announced a $205 million infrastructure project this July to upgrade its western terminals, primarily to nearly triple its container capacity, said Jim Quinn, the port’s president and CEO.

Cost of the $205 million project is split evenly among the port, and the provincial and federal governments. The port is also eyeing another $445 million in improvements to its western terminals.