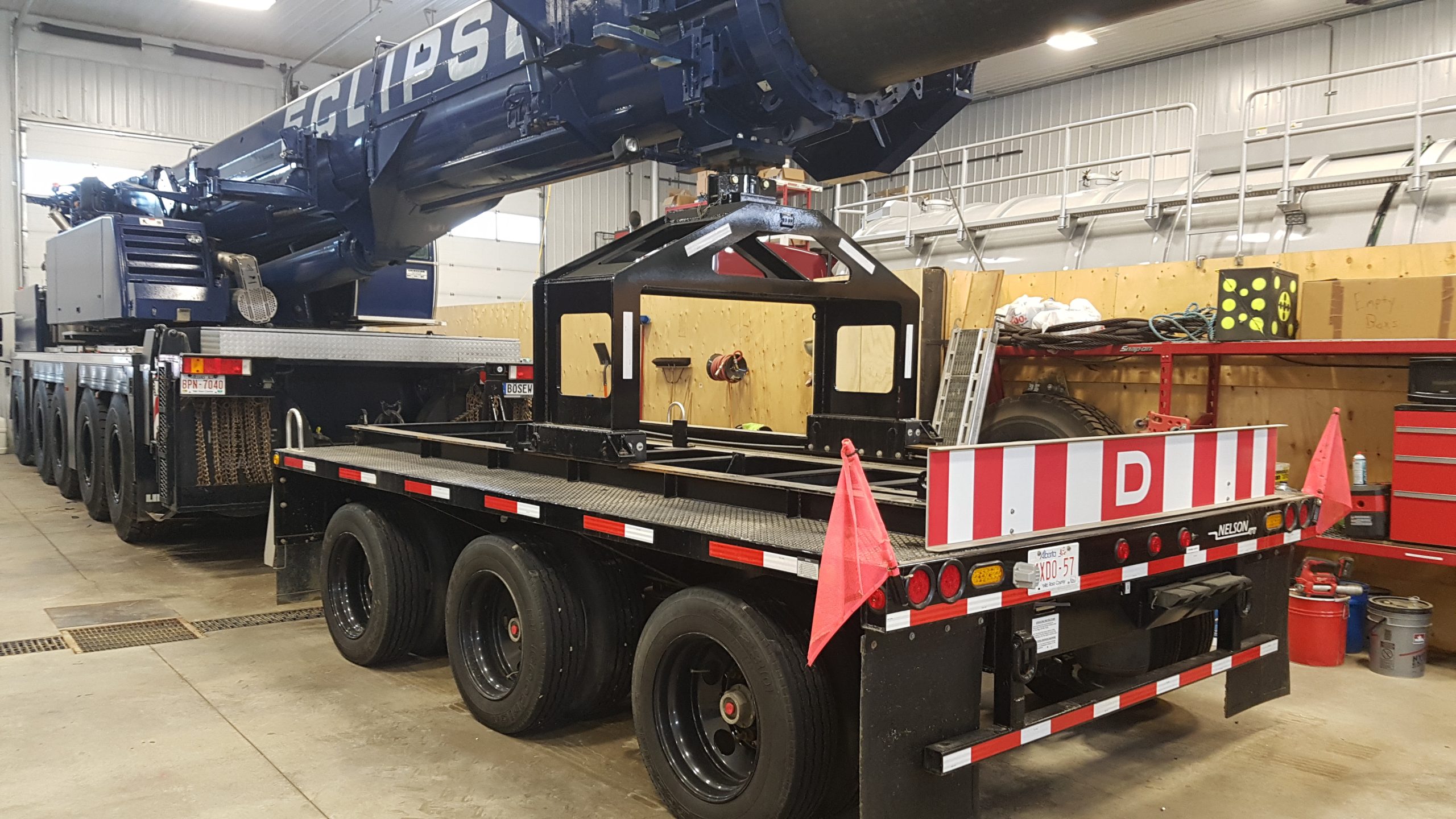 In the small town of Ottawa, Ohio lies a company that has built its reputation through a combination of ingenuity, solid customer service and perseverance through adversity.

Nelson Manufacturing Company was founded in 1947 by Jack and Virginia Nelson as a manufacturer of lowboy trailers for the construction industry. Five years into operation, the company moved to Ottawa, Ohio so it could begin expanding operations.

“When it very first started out, we were located in a small town about 10 minutes away called Leipsic. The trailers were manufactured on the second floor of this two-story building and then driven out on a steep, dirt ramp. As you can imagine, that proved not to be a very viable solution. But then they moved to Ottawa and have been in Ottawa ever since,” explains Amy Niese, Secretary and Treasurer and co-owner of Nelson Manufacturing. “Jack Nelson looked at a map and he said, ‘Where can I be fairly centrally located in the Midwest where you can get to industrial base within an eight-hour drive?’ and that’s how they settled on this area.”

The company’s Ottawa Lowboy was a popular item throughout the region for many years. In 1961, Nelson Manufacturing moved into a 28,000-sq.-ft. plant. The following year, the company built the first “crane boom carrier” or “boom dolly.” 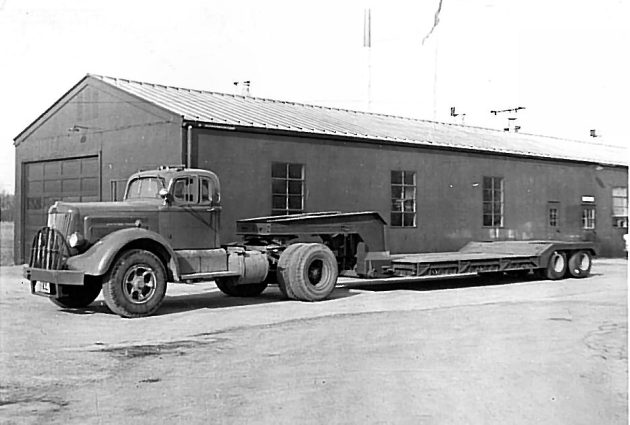 Nelson Manufacturing enjoyed many years of success until tragedy struck the Nelson family in 1979, when Jack and Virginia Nelson passed away in a plane crash. Despite this tragedy, the company didn’t shut down operations, it persevered through the leadership of Jack Nelson’s son, John Nelson, who became the sole owner of Nelson Manufacturing. In 1985, the company designed and built its first “multi-axle” trailer with hydraulic steering. Then in 1988, Nelson designed and built its first 19-axle trailer.

As the company was bringing out new products to market it was struck with another tragedy, losing John Nelson to another plane crash in 1990. Despite another major tragedy hitting the company, Nelson Manufacturing continued to preserve. The company was purchased from the estate by Virgil Niese, along with two other individuals – George Rellinger and Bob Luttfring – and they continued to build trailers to serve the construction sector. In 1991, the company expanded its manufacturing facility, adding another 13,000 square feet; then added another 16,000 square feet of space in 1994. 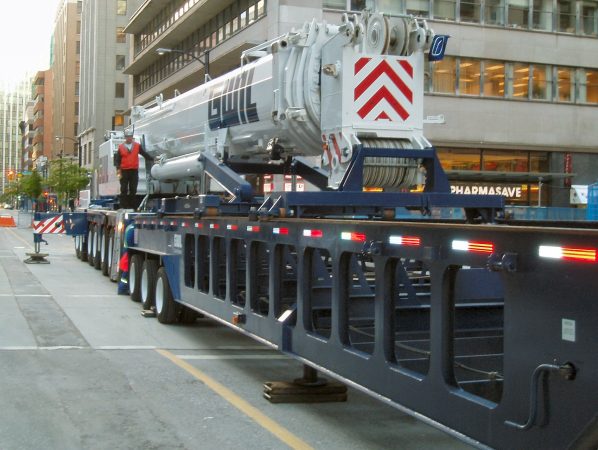 During the time that Virgil Niese ran the company with the two other parties, another generation of the Niese family was rising through the ranks. His son, Tony, was introduced to the company at an early age, working various jobs around the plant since the early 1980s.

“I used to clean the toilets, sweep the floors, when I was a kid,” Tony recalls. “I worked out on the shop floor during college. After I graduated from college, I left the company for about two-and-a-half years, and then in 1990, I came back full-time.”

As his father and the other owners got older and wanted to retire, Tony bought each of their shares and eventually took over ownership of Nelson with his wife, Amy. Tony oversees the company as the president of Nelson Manufacturing.

The company underwent its biggest expansion under Tony’s leadership in 2008, building a new 65,000-sq.-ft. fabrication facility adjacent to the original plant, doubling the company’s headquarters in size to 130,000 square feet.

“When we put up the new fabrication building, that helped us immensely for larger trailers and more unique projects,” Tony says. “We’ve really evolved from the lowboys way back in the ‘60s.” 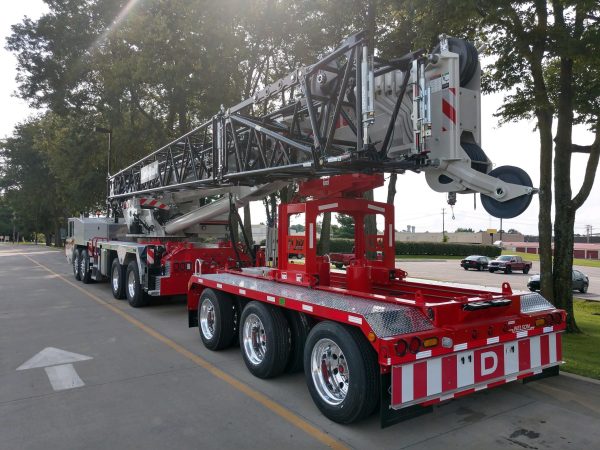 “As a lowboy manufacturer, we’ve kind of evolved… we do a lot of trailers that have unique applications,” Tony says. “Some of them are for heavy hauls, like riggers, someone who is transporting heavy fork trucks, things like that. We’ve built all kinds of trailers. We’ve made them to move houseboats, for example. Trailers to transport subway cars, rail cars, mobile boilers. We have a modular system for pre-stressed concrete beams for bridges.” 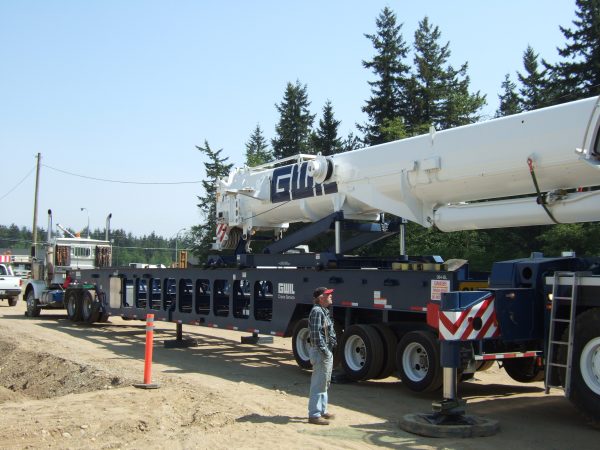 These are only a few of the custom trailers that Nelson has created over the years. In more recent years, the company has been specializing in serving the aerospace market.

“As we continue down that path of unique trailers, we’ve gotten into more niche markets,” he says. “We’ve gotten into some aerospace, building trailers to haul aircraft wings, aircraft parts, aircraft and rocket components, spacecraft satellites.”

Tony says that a key to the company’s success all these years has been listening to the customers.

“We don’t go to our customer and say, ‘This is what we have.’ We ask them what they’re trying to do,” he says. “We listen to what they’re asking for, then go back and see what we’ve done in the past, and what we can offer them.”

Through a focus on its customers’ needs, Nelson has been able to overcome major tragedies and continue to be a leader in the customer trailer marketplace for three quarters of a century.

“The evolution of the company from building 25-ton lowboys to designing and manufacturing dual lane transporters, boom launch trailers, self-steering trailers and satellite transporters is absolutely remarkable,” Tony says. “Surviving and thriving for 75 years is truly a testament of the hard-working people that worked with us in the past and those that continue to work with the Nelson Team. We would not be where we are today without these individuals and our loyal customers.” 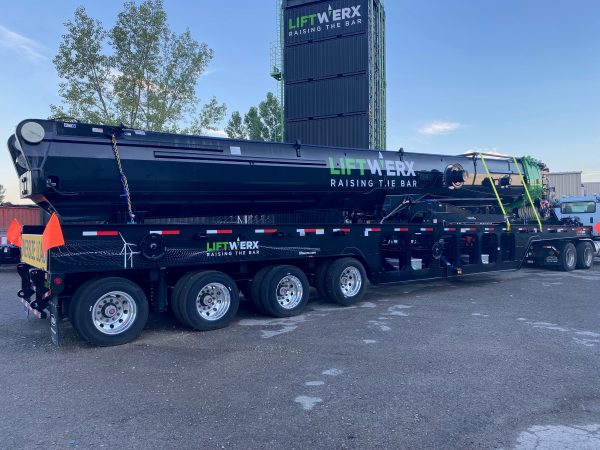 All photos courtesy of  Nelson Manufacturing.