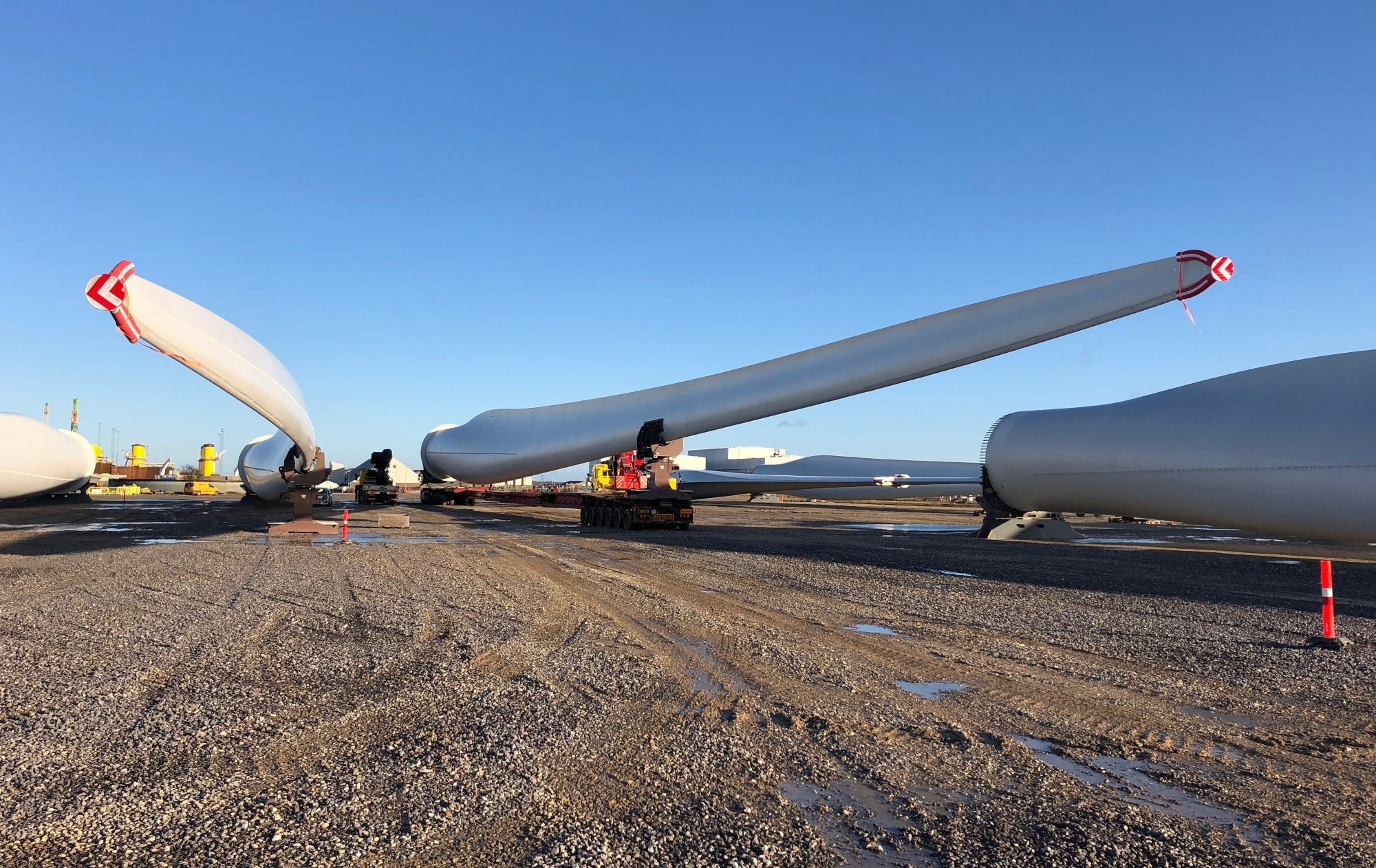 Mammoet was contracted by Siemens Gamesa to transport three 94 metre long blades from the storage area at the Siemens Gamesa factory in Aalborg, Denmark, to the nearby quayside. The wind blades are destined for a new prototype wind turbine that Siemens Gamesa will be testing.

With their extensive knowledge of the equipment’s applications, Mammoet developed a safe and efficient transport solution that guaranteed the necessary stability throughout the 1km route. The blades were also delivered directly to a vessel, so they could be loaded directly, which avoided having to store them at the quay.

Instead of using SPMTs, a custom trailer consisting of 2 x 6 Nicolas MDEL axle lines combined with a four-axle truck was built. The total length of the new trailer combination with the blade measured more than 100m. The trailer was built with conventional axle lines at the Mammoet yard in Brande and then transported in one piece to the storage area in Aalborg, saving 50 per cent of the time compared to other industry solutions.

In addition, Mammoet’s transport solution was also a greener choice as it enabled them to only use one truck for the operation, so emissions were reduced, and resources were conserved.

The blades will now be shipped, ready to be used in the testing of the new wind turbine. Once the turbine is fully-functioning, it will provide enough electricity to power 10,000 households each year.