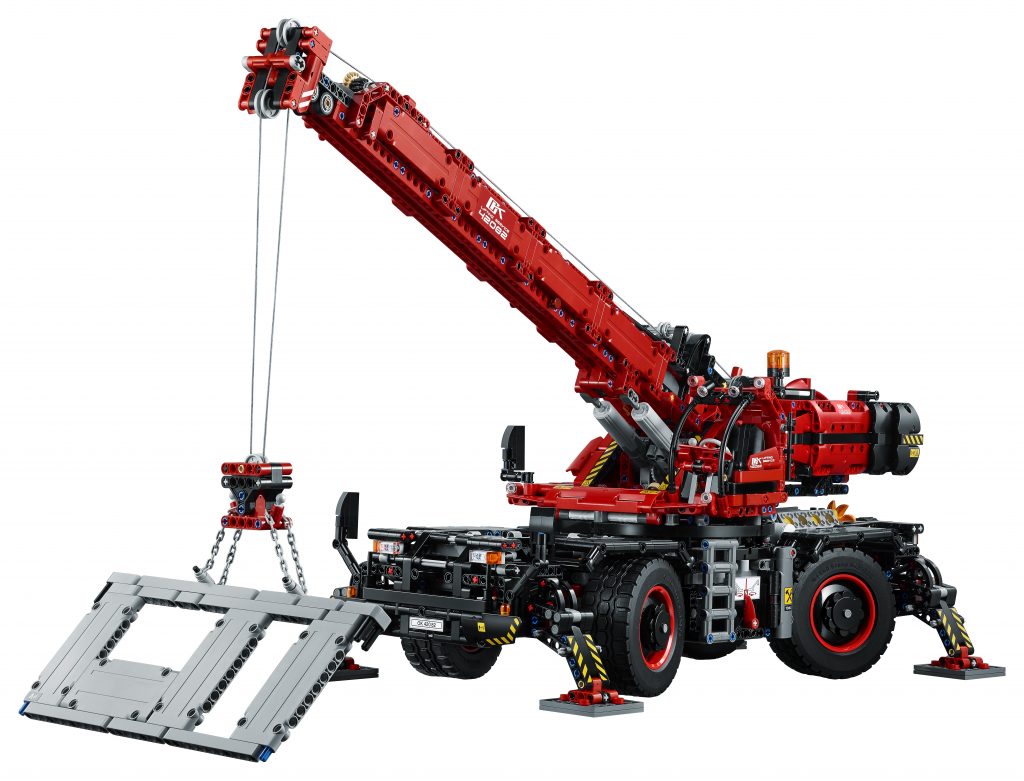 LEGO’s new 42082 Rough Terrain Crane will feature a meter-long extendable boom and many other authentic features.

This August, LEGO will release the largest and tallest crane in their long-running Technic line, the 42082 Rough Terrain Crane. The crane was inspired by a variety of real-world rough terrain cranes and features many authentic crane functions.

The Technic line is focused on creating more advanced models that perform more technical functions than are found in traditional LEGO sets. As such, they are more challenging to build but provide a greater sense of authenticity. Many Technic sets, including the new rough terrain crane, include small electric motors that drive power functions.

The new set will include an upper and lower crane mode, stabilizer legs, a full 360° rotatable superstructure and a boom that can extend a full meter into the air. Also included are manual functions, such as 4-wheel steering, 4-wheel drive, a detailed V8 engine with moving pistons and a fan, adjustable wing mirrors, a detailed operating cab and two compartments complete with tools, chains and a fire extinguisher. The set can also be rebuilt into a mobile pile driver.

It will take a lot of building to utilize those many features, however – the set has 4,057 pieces.