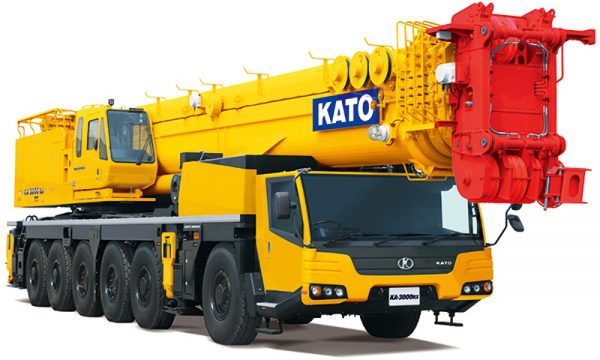 The boom has five sections and its lift capacity is 24 tonnes with the luffing jib, which can be assembled vertically where the available ground space is small. The crane’s maximum counterweight is 105 tonnes, which is made up of eight 6-tonne slabs, four 10-tonne slabs and the base plate. It has a 5.5-metre rear swing radius with the counterweight.

Separate engines power the lifting and roading functions of the KA-3000RX, with the crane carrier vehicle running on a 405kW Daimler OM502LA diesel engine with selective catalytic reduction (SCR), and the crane powered by a 205kW Daimler OM906LA diesel in the upper structure. The model has a rear-steer function for manoeuvring in tight spaces and extra stability while all the wheels have disc brakes.