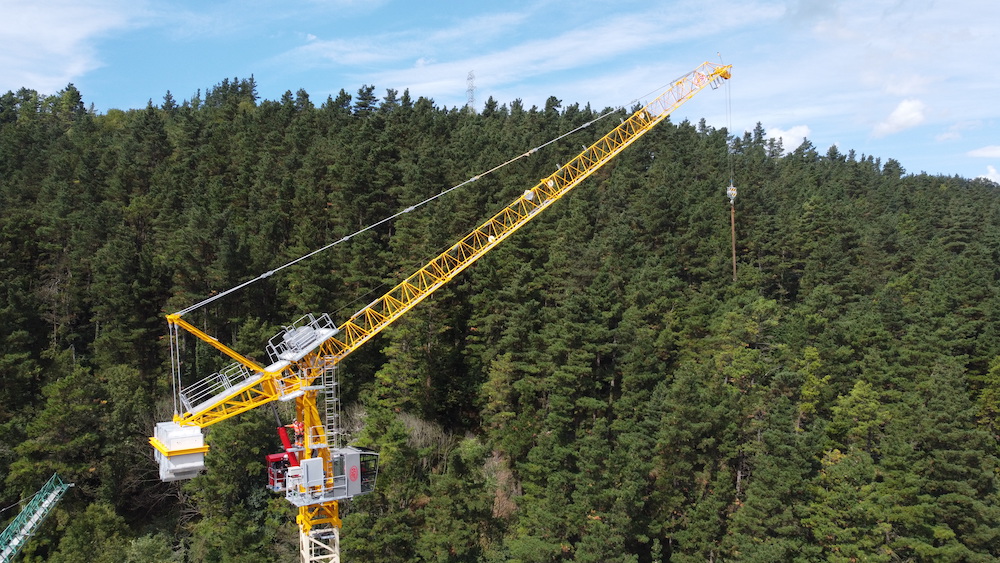 JASO Group has released the J198HPA, which the company says is one of the biggest hydraulic luffing cranes on the market.

The crane features an 18-tonne max load and is a high-capacity hydraulic luffer within the middle class range (200-300 tnm) for urban projects or high-rise construction in congested inner cities.

Initially conceived as a re-styling of the J168HPA, originally launched in 2014, JASO decided to redesign the whole crane concept.

The hydraulic ram is kept at the rear end of the tower as this is one of the main characteristics of the JASO design. In this way, when the crane in OOS, the piston is fully retracted in the ram’s strongest position, which assures a longer ram life.

By optimizing weights and maximizing pre-assembly, the company aims for quick erection of the crane. The hydraulic ram is now completely preinstalled as one single compact piece: i.e., a slew turret/tower head/jib pivot foot assembly with all mechanisms pre-installed, using quick connectors, electrically and hydraulically.

The hoist winch is integrated into the boom, which allows crews to run the ropes while on the ground to speed up erections and dismantles, and add safety.

In addition, all platforms are preinstalled and foldable, along with the handrails. All accesses are optimized and don’t require a need for using the safety harness to access to all control cabinets and main access points.

Weights are fully optimized and kept to a minimum. The tower head/slewing table with a total weight of 12.1t is the heaviest part, but the erection process is fully adaptable to any job site, when for example only a smaller assist crane can access. The component weight can be reduced to a minimum weight of 6.8t.

The complete upper part can be transported into three lorries and, for a free-standing crane, only five transport units are required.

Multiple load chart options are available to combine max load and maximize jib length and tip loads in two-part line, giving a maximum load of eight tonnes, 10t or 12t. The change can be made on the job site.

The fully optimized boom starts at 30 metres, and can be increased in five-metre increments to a maximum jib length of 55 metres and minimum OOS of eight metres.