Features
Is your site secure? Plan from the get-go, experts say 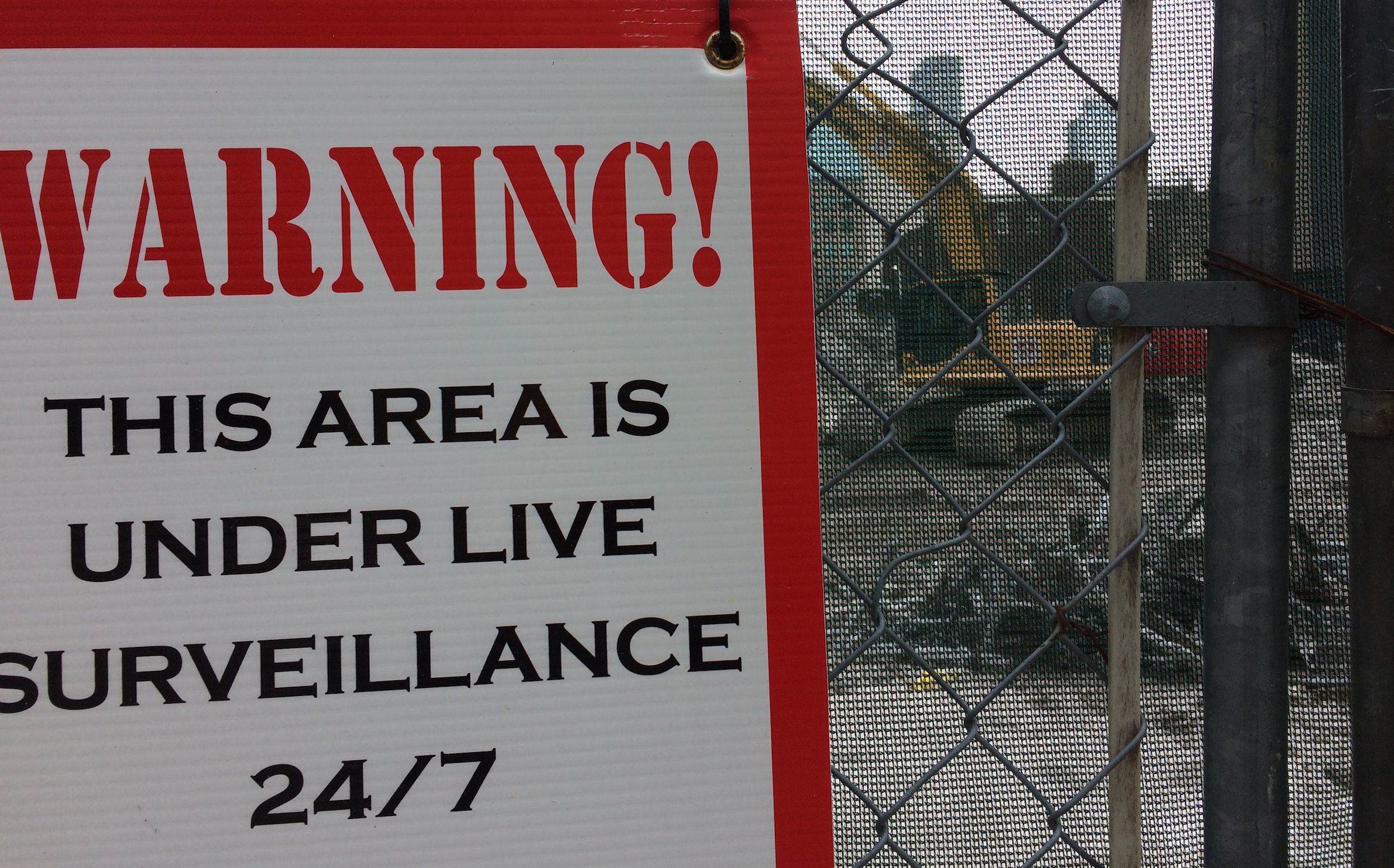 Two years ago, a young woman made headlines after she was spotted in the middle of the night atop a tower crane in downtown Toronto. On her own steam, the woman crawled along the boom and reached a pulley block before a firefighter rappelled from the crane’s arm and whisked her to safety.

Then, last summer, a woman was reported to have fallen asleep inside the operator’s cab 50 metres above another Toronto construction site.

While the judgement of these incidents as newsworthy may have been sparked by the gender of the climbers, one veteran Toronto operator told CBC News that, in nearly five years at his prominent high-rise site, he frequently found evidence of rooftoppers and other thrill-seekers breaking in and illicitly climbing his crane.

Experts say incidents like these, along with thefts and vandalism at construction sites, often involve or potentially endanger cranes and suggest protection may need beefing up.

Security should be considered at the earliest stages of designing and planning a project rather than as an afterthought following an incident, says John McDonald, a former police investigator who runs Threat Ready, a London, Ont.-based consultancy.

McDonald recommends undertaking a risk analysis and needs assessment to identify factors which might make a site attractive to people looking to break in or otherwise cause trouble. Risks and corresponding protective measures will vary depending on project type and location.

“Are you in a residential area or in a rural setting, are you way up north or in a highly populated area, and who could have access to your site? You need to start by looking at those kinds of things,” McDonald says.

An international bridge project with multiple large cranes, for instance, might seem ideal for conveying a political message.

“If someone wants to make a statement with a flag or banner I can’t think of a better place because you’re going to get lots of media attention,” McDonald says.

“Copper is a hot commodity right now,” McDonald says, explaining that thieves strip wire from crane cabling as well as from building interiors.

Police occasionally get tips from honest dealers suspicious about materials brought to them.

“It’s taken awhile but police have finally established positive relationships with some of the companies that buy metals,” McDonald says.

Some thieves work from outside, scouting potential sites and learning to recognize stages of development when rolls of wire and other materials are likely to be sitting around. Other times the culprits are insiders who know when valuable items will be available. Organized crime has a hand in some thefts and has been known to ‘probe’ sites by measuring security response to minor incidents such as spray painting, McDonald says.

Once risks are identified and understood, a project team can consider security measures. Fences, barricades and gates can be installed with optimally placed closed-circuit television cameras providing an ongoing, direct feed to security personnel who could be either on or off site. Lighting, alarm systems and foot patrols can also come into play.

In areas where pedestrian traffic is minimal at night, CCTV cameras along the perimeter facing outside might make sense, especially if backed by invisible electronic fencing inside the perimeter. A communications system could remind anyone approaching a site that they’re being watched or that police have been summoned.

Care must be given to the deployment of security tools. Poorly installed CCTV systems are notorious for capturing the tops of heads so that little is seen beyond baseball caps and hoodies. “Make sure your video system can get the faces of individuals approaching your property and access points,” McDonald says. Well-positioned cameras looking outwards beyond the perimeter can potentially capture images of vehicle and licence plates.

Goldstein should know — he’s the author of Visual Evidence: A Practitioners Manual, a legal textbook about video and photographic evidence in Canadian civil and criminal courts.

“Video surveillance doesn’t act as a deterrent when people are wearing a disguise, because they don’t care if somebody sees what they’re doing,” Goldstein says. People who are mentally incapacitated due to illness or intoxication or who are suicidal are also unlikely to be deterred by cameras.

“Dummy cameras should only be used as a decoy because sometimes people break into an area and the first thing they do is smash the camera,” Goldstein cautions. “Only use a dummy camera if you’ve hidden the real camera someplace else.”

Video can work well for gathering evidence if an incident occurs, but care must be taken so evidence is considered legally valid and admissible.

“You have to prove who had access to the video from the time it was recorded until the time it was brought to court, and there’s very strict procedures in terms of how to make copies and safeguard them,” Goldstein says. “The main thing is to show that the evidence hasn’t been tampered with.”

There are also legal restrictions. Video cameras cannot be placed in washrooms, change areas or anywhere employees might reasonably expect privacy. In some open spaces where employees may congregate or store personal items, management must post signs indicating video surveillance is in place.

However, audio recording is more problematic. Goldstein says it’s legal if at least one party to a conversation consents to having his or her voice recorded. But this is tricky in group situations, such as in lunch rooms because consenting individuals might not be present at all times and conversation often breaks into smaller groups.

Goldstein adds that signage — multi-language depending on the circumstances — notifying that an area is under video and/or audio surveillance is generally necessary.

“The biggest concern isn’t somebody stealing doorknobs it’s somebody falling in an open hole and getting hurt,” Straw says, noting some trespassers might be sober while others may see an open site as a convenient shortcut on the way home from the pub or as an opportunity for adventure.

“If a site isn’t secured properly, it can come back as a lawsuit against a company whose equipment is on-site, or the owners of the site, or the contractor responsible for securing the site,” Straw says. “You have to do your due diligence so that if somebody does climb a fence and gets in you can prove you made every reasonable effort to stop them.”

Ryan Burton, managing partner with Bigfoot Crane Company, an Abbotsford, B.C. sales and rental business, says insurer concerns are valid given cranes vandalized by wire thieves can cost tens of thousands of dollars to repair and lives are at risk if systems are electrified.

“They typically take the main power cable that’s going into the crane,” Burton says. Thieves will also pry open the main control panel to steal smaller wires. “It gets really expensive because rewiring all of that is time-consuming.”

Burton, vice-chair of the Crane Rental Association of Canada, says he’s read about barriers used overseas to prevent crane climbers. The device goes around the crane exterior near its base at a modest height, similar to systems used to keep squirrels off bird feeders.

Mike Gallagher, business manager with the International Union of Operating Engineers Local 793 in Ontario, supports physical barriers. “This would probably be a good deterrent. Maybe it’s something manufacturers should consider,” he says.

Gallagher says Local 793 uses a chain-link fence with cameras and a private security firm to protect cranes and other heavy equipment in its training yard. “We’re permanently there, so there may be more unique challenges for contractors and developers.”