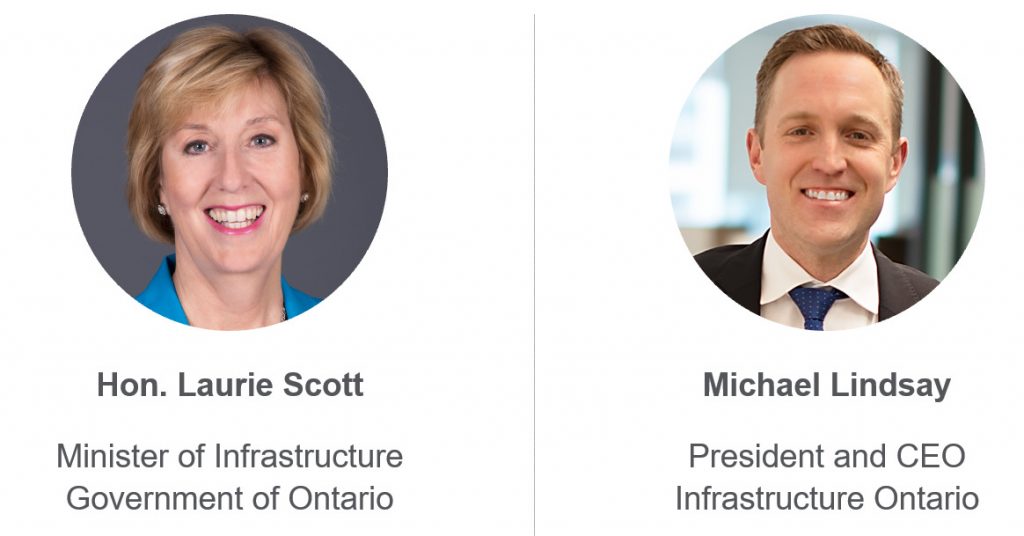 Scott said the COVID-19 pandemic has highlighted needed investments in the health and wellness of Ontarians and are more critical than ever.

“Infrastructure Ontario’s Spring 2021 P3 Market Update includes 41 projects in planning, including 27 in pre-procurement, and 14 in active procurement. Totalling an estimated $60 billion in contract value. The list also includes 12 additional government announced projects in early stages of planning and determining the projects cope, timing and delivery model,” she said. “And we plan to continue removing barriers to recovery so that Ontario can bounce back stronger than ever.”

The 2021 budget was released on March 24 and builds on record investments made in response to the global pandemic, including; investments to protect people’s health and to protect the Ontario economy. 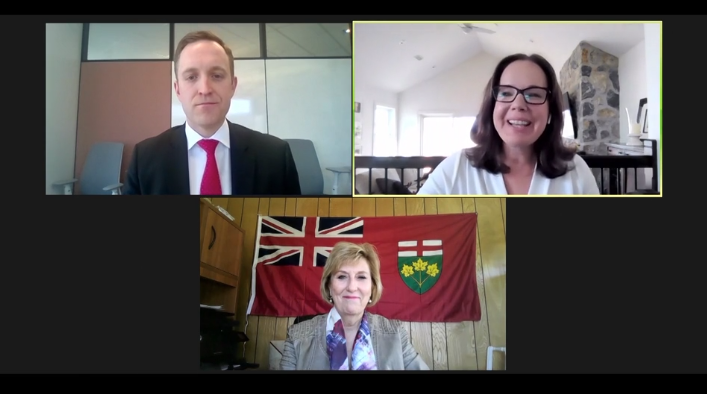 “This demonstrates that our government is continuing to make large investment in Ontario’s highways, public transit, hospitals, children’s treatment centres, courthouses, and correctional facilities. Our government is protecting people’s health and the economy with this market update. And the P3 model is helping us to do this.”

A key element to the Ontario government’s plan is investment in infrastructure including strategic investments in transit, highways, schools, hospitals, and broadband.

“This proactive approach is the largest single investment in broadband in any province, by any government, in Canadian history and will be pivotal to Ontario’s economic recovery,” said the Ontario Minister of Infrastructure.

“We want to help communities across Ontario recover from the impacts of COVID-19, protect our health and build the foundation for long-term prosperity. We’re making it easier and less costly to do business, cutting red tape, and encouraging investment and job creation while making critical investments in vital infrastructure,” said Scott.

“We’re putting our money where our mouth is and we’re going to need your held to get these projects done.”

Shovels in the ground

Lindsay said across the province from Mississauga to Moosonee there is a lot that’s going to happen in the three to five years ahead in order to make investments in the healthcare space.

“Health is in the DNA of Infrastructure Ontario. Specifically, over the past year, we haven’t slowed down with our partners. In fact, in many ways, we’ve done things that which we feel very proud of in respect to building the resiliency and the capacity of the healthcare sector to respond to the COVID-19 pandemic.”

Scott said the pandemic has impacted the entire infrastructure worldwide but Infrastructure Ontario is still forging ahead.

“You’ve seen the government’s commitment to P3 models and to forging ahead. Even though difficult times, we never stopped building during the pandemic. The global pandemic has impacted the entire infrastructure sector worldwide but we have worked directly with the sector to continue and accelerate the P3 projects as quickly as efficiently as possible.”

“We take very seriously the level of transparency that we want to give to the market; in the standard back and forth that we have with industry partners. About the work that’s coming at us and the way in which we want to deliver it. You’ll note that I think we’ve continued to try to be responsive to industry feedback in respect of that transparency,” said Lindsay.

Infrastructure Ontario (IO) is a Crown agency of the Province of Ontario that supports the Ontario government’s initiatives to modernize and maximize the value of public infrastructure and real estate. IO upholds the government’s commitment to renew public services and does so in co-operation with the private sector.