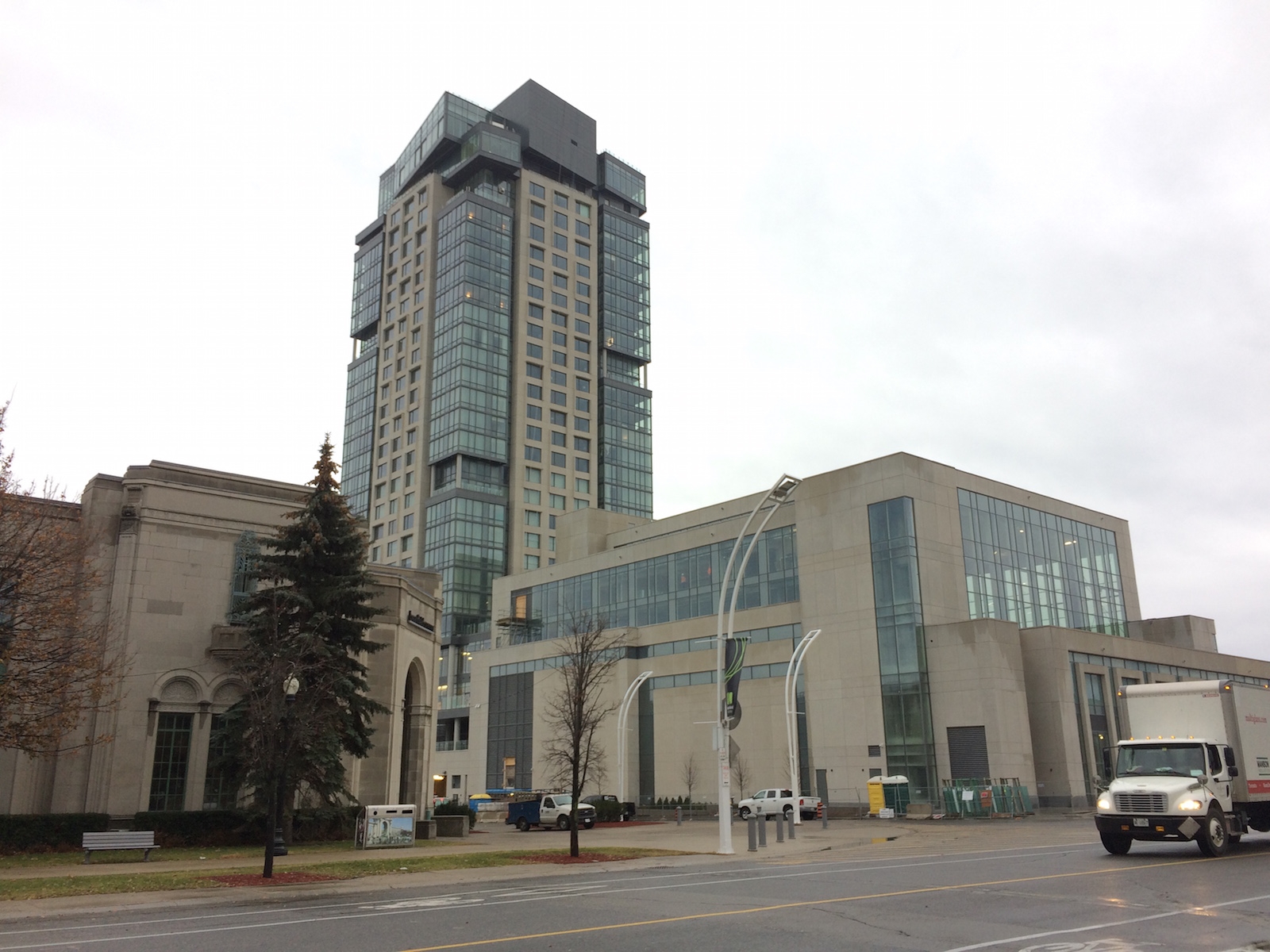 Even as a new Toronto hotel takes reservations for its grand opening in March, a crane services provider and other contractors are negotiating over fees they say remain owed from the project’s early stages.

Hotel X, on Exhibition Place grounds, experienced numerous delays throughout construction, including contaminated soil and disputes between the developer and a former construction management company.

Things seemed to be going well enough until conflict arose between the developer and the construction manager, Brookfield Multiplex Construction Canada, says Jeffrey Burke, president of Lift All Crane Service.

The liens range from $89,784, the amount Lift All is seeking, to roughly $32 million, a claim by Brookfield Multiplex. Papers filed with the Ontario Superior Court of Justice also name fellow subcontractors, because in some cases the payments in question flowed through those contractors.

“It’s sitting with the lawyers right now,” Burke said. “My lawyer seems confident they will settle, but I’m not counting any chickens until they’ve hatched.”

Celso Thompson, sales and marketing director with Hotel X, confirmed the matter is still before the courts and referred comments to the developer’s lawyer, who was unavailable by press time. Brookfield Multiplex was also not available.

“Basically where it sits right now is they’re expecting to have another conference call between the few parties that still have liens outstanding on the building and their lawyers and the lawyers for the owners of the hotel,” Burke said. “Hopefully they’ll come to a resolve and get some of the smaller liens, like mine, settled out.”

Burke said Lift All Crane Service provided mobile cranes. And, despite the lien, the company continued to work on the project for McKay-Cocker, most recently hoisting green roof materials to the top of the building and using multiple cranes, including a 350-ton Grove all-terrain machine.

“We didn’t want to walk away from the work,” Burke said, adding that Lift All Crane Service has been paid for work performed under McKay-Cocker supervision.

Reflecting back, Burke said it’s unlikely the situation could have been anticipated or avoided.

“It blind-sided us all a bit. Who’s going to know what’s going on between a big general and the owner of a company. How quickly the turnaround came about was really something that just took everybody by surprise.”

With the project now approaching the finish line, Celso Thompson said work is well underway on final touches such as chandeliers and the 30-storey hotel started taking reservations in early fall for a planned March 1 opening.