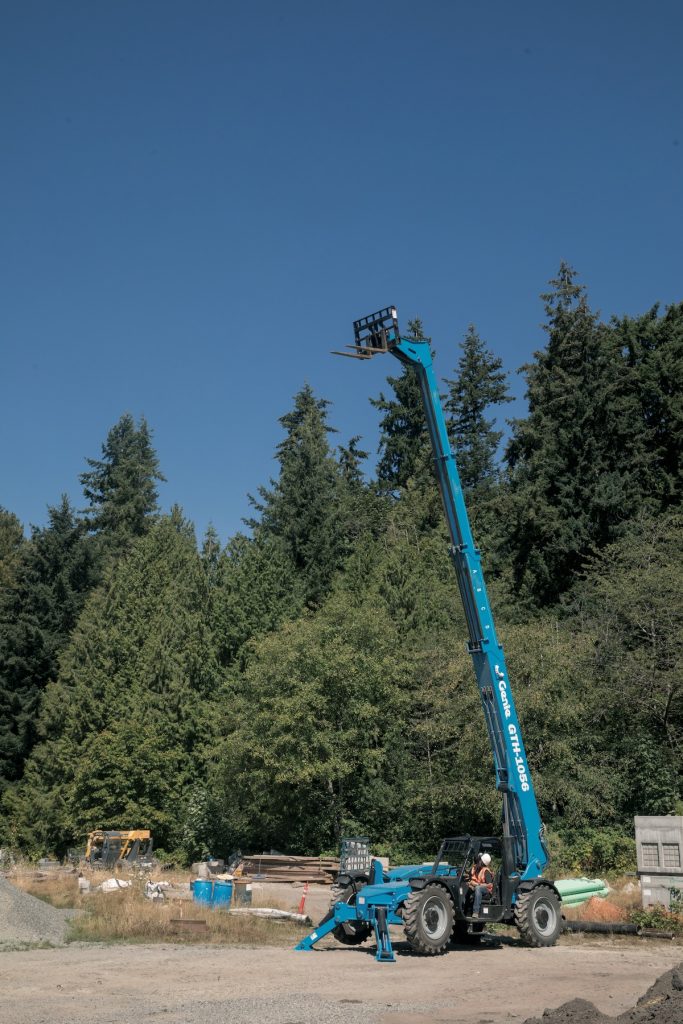 Genie introduced the newest addition to its telehandler lineup, the Genie GTH-1056 telehandler. Extensively field-tested, the GTH-1056 has been designed to lower the total cost of ownership by 10 per cent while delivering 20 per cent more lift capacity at max height in a machine with a 30 per cent stronger design.

The GTH-1056 builds on popular features found on the proven GTH-636 and GTH-846 models, including a side-mounted engine and stronger boom design, to deliver a rugged, reliable telescopic handler with a 10,000-pound capacity.

In addition to being built for performance, the GTH-1056 also was designed for durability. “The GTH-1056 has undergone more testing than any other Genie telehandler previously brought to market,” Taylor adds.

“This simpler configuration, combined with a wider, stiffer horsehead efficiently transfers loads in applications imposing high stress on the boom, such as pipe handling or suspended loads,” said Taylor.

For more information on Genie products and services, visit www.genielift.com.