Oct. 27, 2019 – The new articulated crawler crane by Jekko has compact dimensions, high lifting capacity and can be operated in electric mode.

There are big plans for the new JF990 articulated crawler crane, which has just been delivered to the Norwegian dealer Jekko Norge for Asbjorn Dahlen Transport company.

“The customer was looking for a crane capable of substituting the traditional truck crane, less cumbersome and most of all equipped with electric engine in order to reduce emissions, a very important issue considering the tight restrictions on the use of combustion engines,” said Oscar Hausammann from Jekko Norge. “The crane will be used first in the placement of prebuilt houses in a construction site outside Oslo, then it will be the protagonist in two other important construction projects on the outskirts of the capital” 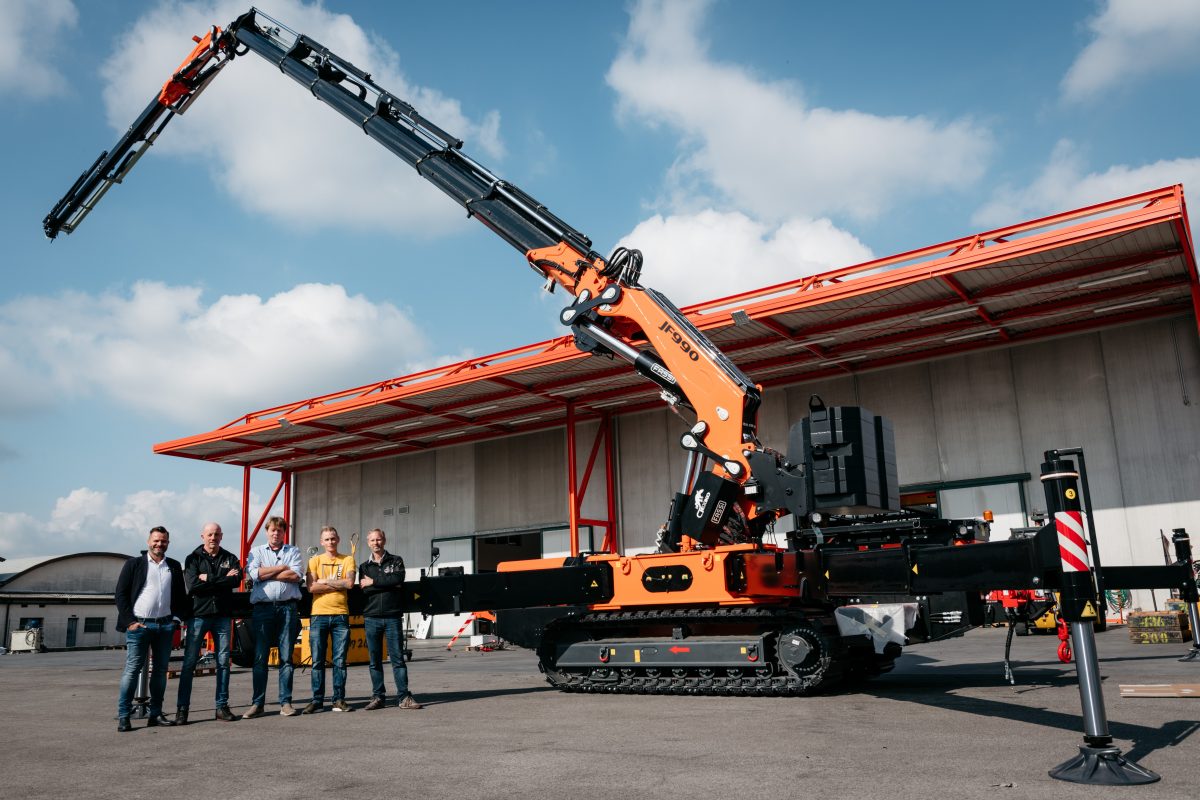 The new Jekko’s articulated crawler has many strengths. First of all, the availability of an auxiliary electric motor and the subsequent possibility of operating in electric mode reducing emissions, both acoustic and of waste gas. Other important points were also the crane’s compact dimensions – which mean transportability and less space occupied in the construction site thanks to the innovative stabilization system with variable areas – without compromising the high performances (21,5 tons maximum lifting capacity and 41 meters maximum reach with jib).

“This is another example of how crawler cranes are becoming a more convenient alternative compared to the traditional installations on trucks for this kind of operations,” said Alberto Franceschini, Jekko export sales manager. “There are many favourable factors: no cost for insurance or property taxes, no immobilization of vehicles for the entire duration of the works, possibility of using the electric engine with all the related advantages and last but not least the possibility of renting the crane, which is not possible for truck cranes”.

The crane’s potential increases thanks to the double certification, indeed, it is possible to install a two men basket which can reach 38 meters in height and has a working radius of 34 metres. “It’s like having two machines in one”, Franceschini concludes.