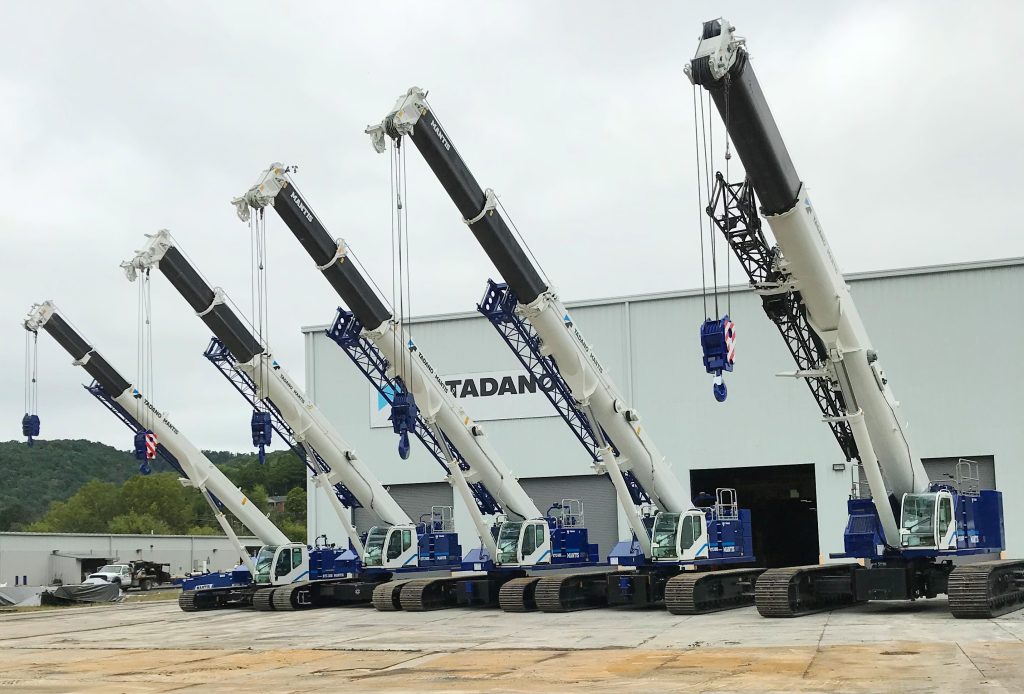 Cropac is now the Canada-wide dealer of of Tadano rough terrain, all terrain, and telescopic boom crawler cranes. (Image: Tadano)

The revised agreement adds to Cropac’s existing eastern territory, making the company an authorized Tadano distributor for all of Canada.

“Cropac is thrilled to be expanding our distributor footprint with Tadano into the western provinces,” said Cropac Equipment President Bill Finkle.

“Combined with our local, full-time factory trained technicians serving Canada coast-to-coast, Cropac provides tremendous value and service to its customers throughout the country.”

“Tadano has a long-standing partnership with Cropac and we are excited to be expanding its distributor territories to cover all of Canada,” said Ken Butz, vice president of sales for Tadano America Corporation.

“This new chapter in our relationship gives Tadano the opportunity to offer a consistent value package to the Canadian market that is reinforced by Cropac’s expansive and unparalleled service.”