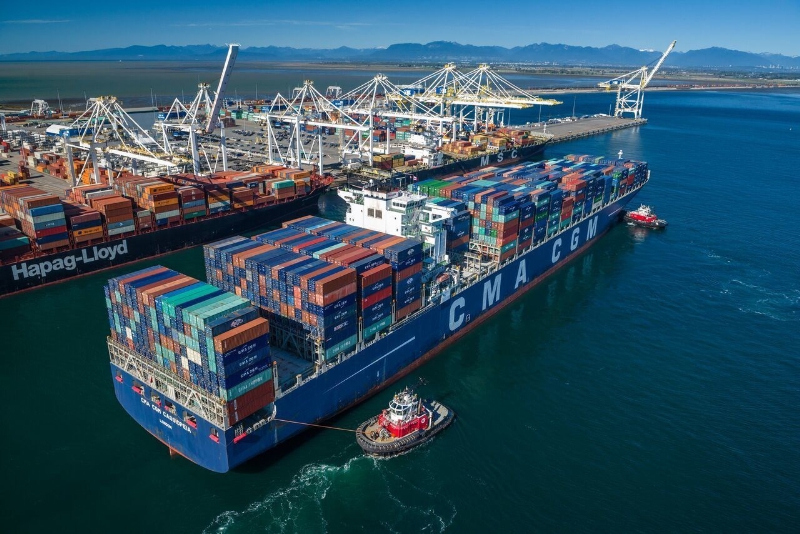 Two high-efficiency “megamax” ship-to-shore cranes are expected to arrive from China at Deltaport south of Vancouver later this year.

The new cranes will be among the largest in the Americas when commissioned and be able to handle the world’s largest vessels in service, the release said. Standing over 137 metres high, the new cranes have a lift capacity of 65 tonnes and boast an outreach of more than 23 containers wide.

The cranes, expected to be fully operational in 2017, will arrive fully erect in late 2016, the release said.

“As ZPMC’s first customer outside China, GCT has a long-standing relationship with the company,” the release quoted Qizhong Liu, senior vice-president of ZPMC. “Working together with the expansion team and its vendors, these megamax cranes equip GCT Deltaport to provide the highest waterside productivity for the carriers they serve.”

GTC Canada president Eric Waltz said in the release that the new cranes will complement Deltaport’s existing fleet of 10 ZPMC post-Panamax cranes “and coupled with our rail expansion, ensures our readiness to service the largest ships coming to Vancouver in 2017.”

The rail expansion project will increase the port’s intermodal yard capacity by 50 percent within the existing footprint, the release noted.