News
Mobile crane tears tree in half in B.C. 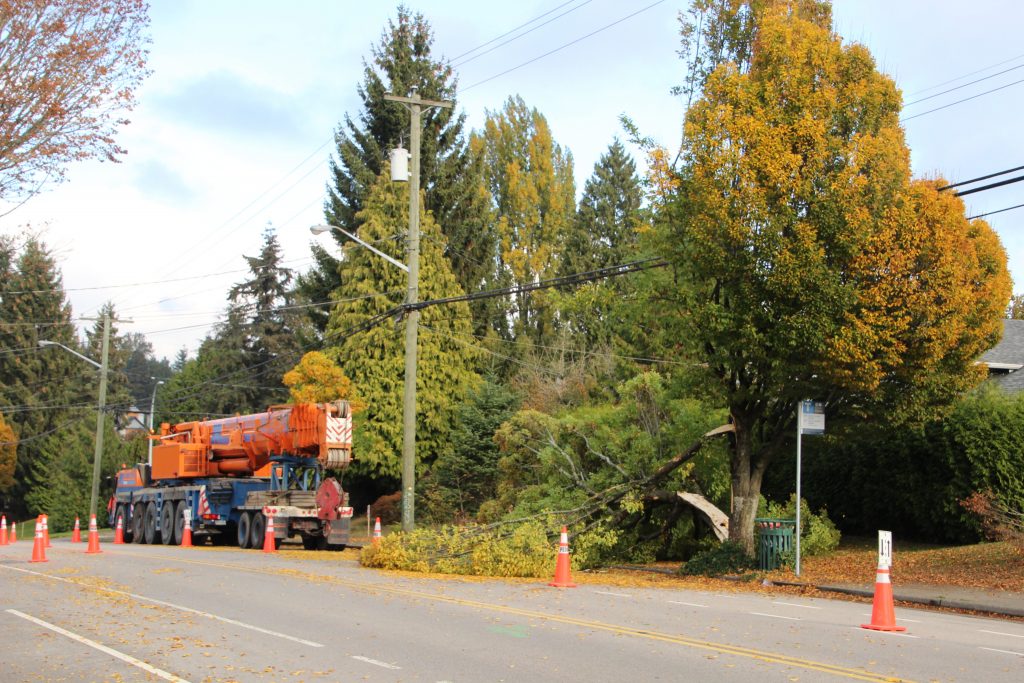 A woman in Surrey

On the morning of Oct. 24, a mobile crane was involved in a collision with tree branch in Surrey, B.C., which tore the tree in half. The incident took place on 128th Street, and resulted in a road closure for several hours, minor injuries to a passerby and damage to the crane cab.

The 200-ton Liebherr hydraulic mobile crane, owned by Mega Cranes Ltd., was passing through a construction zone when traffic cones directed it in the area normally used as a bike lane. Part of the boom winch appeared to have caught on an overhanging tree. Part of the tree struck a woman who was walking by at the time, who was taken to the hospital with minor injuries.

“The way that the road is, the truck wouldn’t normally have connected with the tree, but with the construction in the area, they had cones averting traffic over to the one lane where the bike lane is,” says Surrey RCMP media relations officer Elenore Sturko. “That contributed to the truck moving over to accommodate for the construction and the tree was overhanging on the roadway.”

Sturko says that the construction crew hadn’t anticipated how larger vehicles could connect with the overhanging tree when laying out the traffic cones; however, no charges are being pursued against either the driver or the construction company. Mega Cranes Ltd., however, feel that the city is liable as the permit-issuer and are pursuing a claim against the municipality.

“It was a lane closure and a permit was issued by the City of Surrey to close the lane and on the lane we were required to go on there was a low hanging tree,” says Mega Cranes Ltd. vice-president Kelly Petersen. “Not only did it injure a person, but it damaged our equipment, so we believe that the city is responsible for it. It’s their jurisdiction to make sure the streets and roadways are free for navigation and this was not provided.”

Peterson says damages to the cab have been estimated to exceed $10,000. As of press time, they had not yet heard back from the city regarding their claim. In the meantime, Petersen says the company has ensured that the incident was reviewed in their monthly safety meeting, so that employees are aware of what happened and will take extra diligence when traversing through a construction zone, even when being directed by traffic cones.