Largest trade show in the world becomes even larger 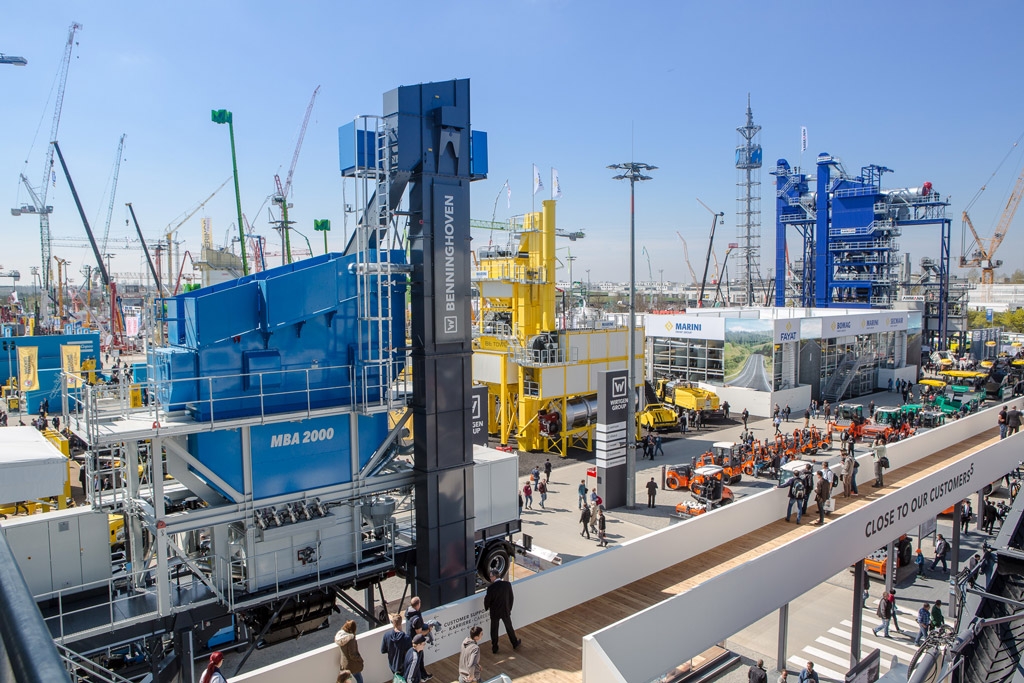 One year before the opening of the world’s leading trade show bauma on April 8, 2019, Messe München provides an outlook on the latest developments: the site in the east of Munich will be expanded to 614,000 square meters, the number of halls will be increased to 18. The organizer anticipates that more exhibitors will attend than at bauma 2016.

“Two new halls and a site structure that is even clearer—we have further optimized the parameters for our next bauma,” says Klaus Dittrich, chairman and CEO of Messe München.

The next edition of the world’s leading trade fair for construction machinery, building material machines, mining machines, construction vehicles and construction equipment will take place from April 8 to 14, 2019. Currently, the worldwide demand for exhibition space is extremely high.

A new hall and fairgrounds map facilitates the orientation on the gigantic site. Thanks to the clear division into the individual exhibition sectors, visitors can be managed in a more targeted way. With the two new halls that together cover 20,000 square meters bauma will provide space for more exhibitors than in 2016, when 3,425 exhibitors took part.

The most important changes at a glance: the largest sector construction machines and attachments is expanded from four to five halls as well as by an additional area outdoors, directly adjacent to the hall complex. The components sector now also has five instead of four halls; formworks and scaffolds moves to Hall B3; and lifting appliances are bundled in Hall C4. New in Hall C6 is the Conference Center North that houses additional conference rooms.

Previously located in Hall B0, which will be used as additional exhibition space during bauma 2019, the special “THINK BIG!” exhibit that shows students career opportunities in the construction and building material machine industries moves to the ICM – International Congress Center Munich. And there is another change that is envisaged: during the trade fair, the traffic-calmed part of Paul-Henri-Spaak-Straße will be turned into the pedestrian zone “bauma Boulevard”, along which visitors and exhibitors can enjoy an international culinary offering.