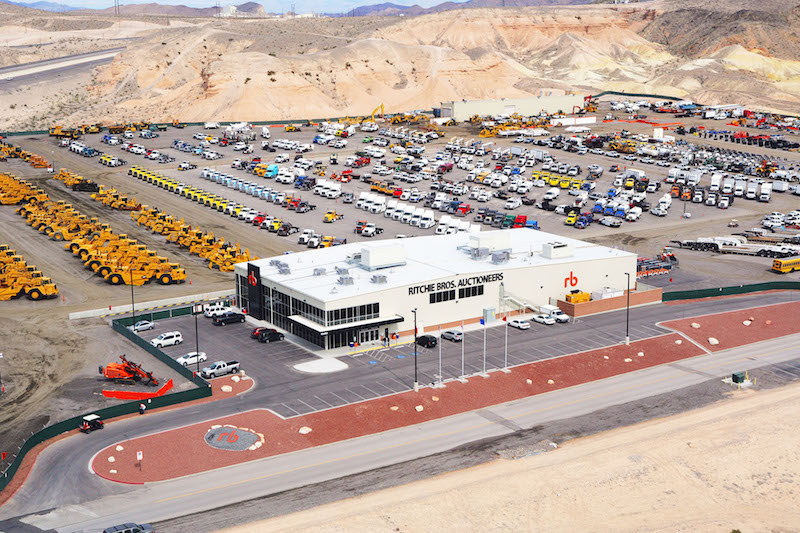 Vancouver-headquartered Ritchie Bros. Auctioneers doesn’t have a stand at ConExpo-Con/Agg 2017.

But the world’s largest auctioneer of heavy equipment does have an auction site in Las Vegas, where it plans to accept bids on thousands of items, including cranes, during ConExpo.

“We hold four great auctions at our Las Vegas site each year, but our auction held during ConExpo every three years is different,” a recent news release quoted Ron Moss, regional sales manager for Ritchie Bros.

In March 2014, that auction posted record sales of more than 2,300 items that fetched over US$60 million, the release said.

This year’s auction takes place March 9-10, smack in the middle of ConExpo. As of early February, more than 1,000 items were already consigned for the unreserved auction. They include four 2012 Terex rough-terrain cranes, a 2011 Terex RT, and a 1980 Grove RT.

During the auction, Ritchie Bros. will run shuttle buses between its auction site and the Las Vegas Strip.