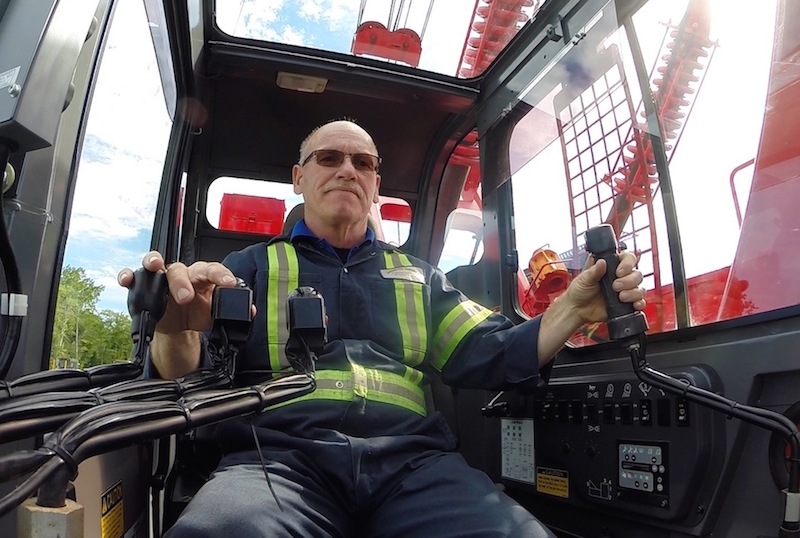 In response to concerns from industry and government, work is being done at a national and regional level to harmonize trades training across the country. The goal of the harmonization is mobilization — that, for example, a crane operator trained in Newfoundland can travel to Alberta and have his or her training certification understood and trusted because the standards are the same.

“As a crane operator for many years, I can safely say industry looks forward to having those uniform standards across the country,” said Craig Blatz, a crane operator instructor with the Operating Engineers Training Institute of Nova Scotia. “When they get an operator who’s been trained, they’ll know they’ve been over the same material. That’s the goal, but I know in practice it’ll take a while to get it to shake down the way it’s supposed to. It takes time.”

The Atlantic harmonization project formed when the Council of Atlantic Premiers signed a memorandum of understanding and approved joint provincial and federal funding for a 42-month period ending in July 2017. As a result, 10 trades will be harmonized throughout the region — bricklayer, cook, welder, metal fabricator, carpenter, instrumentation and control technician, construction electrician, industrial electrician, plumber and steamfitter/pipefitter. Cranes are not included in that harmonization effort. That’s possibly because — as CEO of Nova Scotia Apprenticeship Agency and CCDA chairperson Marjorie Davison explained — cranes pose some unique problems.

“That’s been a particularly challenging one because there are equipment requirements as well that we’ve had to look at,” Davison said. “With this particular trade, it’s a trade that straddles two worlds. It straddles the apprenticeship world where it might be a trade that’s designated in legislation in one jurisdiction and there’s an apprenticeship pathway to certification. But it’s also in a regulated environment, often by what we call technical safety legislation in Nova Scotia. And that type of legislation is really looking at the equipment and making sure the equipment is safe. It looks different across the country, so this is a particularly challenging trade to reach consensus on in terms of harmonization.”

That said, Davison noted that jurisdictions across Canada have agreed to certain guidelines for crane certification — such as three training levels, 5,400 hours of practicum, relevant technical training, and getting a sign-off from both the trainee’s supervising journey person and the employer. The training, however, need not be identical in each jurisdiction.

“There may be an opportunity for a jurisdiction to post what is called a variance if they feel that their industry can’t get behind a particular element of harmonization,” Davison said. “Or if they feel that their particular industry can’t provide that training in the same sequence and they have a really good rationale for it, they can keep it a different way. In this case, Ontario has always had a 6,000-hour requirement for the apprenticeship program and they were unwilling to move to the 5,400 hours.”

Representatives for training in all four Atlantic provinces confirmed that harmonization efforts under the Atlantic project are well-underway and on-target.

While those results are encouraging, the road toward national harmonization will still be long and possibly difficult, said Fraser Cocks, executive director of the B.C. Association for Crane Safety and of the Canadian Hoisting and Rigging Safety Council, a volunteer organization of crane industry leaders working toward harmonization.

“Everyone in industry agrees with it, but because you have all these different jurisdictions, these silos if you will, they’re reluctant to make change and it means a lot of work as a result of whatever changes are agreed to,” Cocks said.

He added that the CCDA isn’t really the driver of the process, noting that it oversees the Red Seal apprenticeship program, which he noted is an endorsement or add-on of a crane credential. “They don’t really have the authority to make the change occur,” Cocks said of the CCDA.

While harmonization is mandated from above — Canada’s premiers agreed in principle to work together toward harmonization — the actual implementation falls to ministries within each government’s jurisdiction, Cock said. At that point, it depends on how motivated the minister is to act. Much also depends on the training providers, who might not be interested in changing their processes.

“If it’s not mandated from above, politically, nothing will occur,” Cocks said. “And that’s what we’re seeing.”

Cocks did not dismiss the hard work that Davison and the CCDA have put in toward harmonization. He said the Red Seal program did a very good job of aligning the content for the training outcomes. But he added that the CCDA is limited in what it can do because it wasn’t designed as the vehicle for that purpose.

“Companies are doing work in all jurisdictions — borders are imaginary lines that they cross,” Cocks said. “These are known issues. We’ve known this. This is the reality that we live in and we’re trying to correct it. The process is helping, but it’s not getting it done in terms of what could be done.”