The Association of Canadian Port Authorities (ACPA) has appointed Carl Laberge, general manager and CEO of the Saguenay Port Authority, as chair of its board of directors for a two-year term. 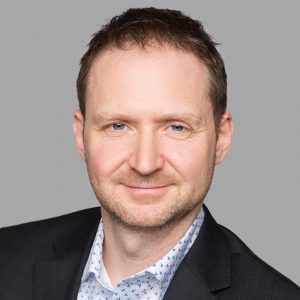 The ACPA made the announcement at its annual general meeting on Sept. 14.

Laberge, a civil engineer, was most recently vice-chair of the ACPA board of directors, and joined the Port of Saguenay in 2010, acting as its general manager and CEO since 2014.

“I am proud and honoured to have been elected chair of the ACPA board of directors and thank the board members for their trust,” says Laberge in a statement.

“We will diligently pursue the association’s efforts in representing the port community at all levels of government, engaging with partners and Canadians, and promoting our strategic role at the economic, social and environmental level.”

Laberge takes over from chair James Quinn, president and CEO of the Saint John Port Authority, who was recently named an independent senator for New Brunswick by Prime Minister Justin Trudeau.

“We congratulate our colleague on his appointment to the Senate and we are convinced that his in-depth knowledge of maritime issues and sustained involvement in the port industry will be a major asset for Canada’s development,” says Laberge.

Also joining the board of directors this year is Denis Caron, president and CEO of the Belledune Port Authority.

The mandates of the remaining six board members were also re-confirmed, including Hamilton-Oshawa’s Ian Hamilton as vice-chair and Ian Marr of Nanaimo as secretary/treasurer.