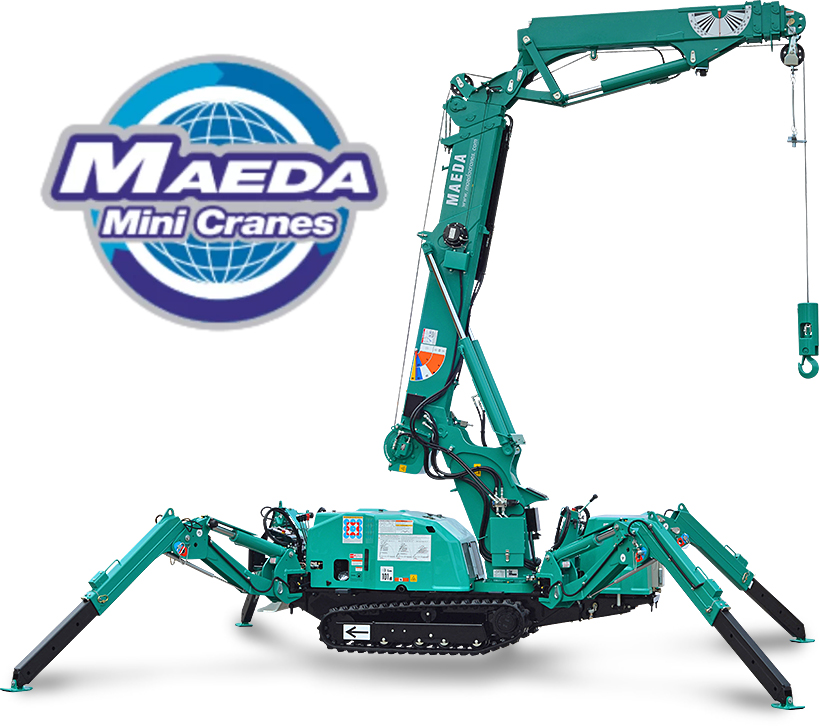 The ALL Family of Companies is once again an authorized dealer for Maeda mini cranes. ALL is also adding 13 Maeda spider cranes to its own fleet.

Josh Doyle, general manager of ALT Sales Corp., the boom truck division of the ALL Family, expects construction to remain a popular market for Maeda via ALL, with other applications emerging.

“The advent of Maeda battery-powered cranes opens a whole new world of indoor crane operations due to the lack of exhaust emissions,” said Doyle. “I expect those cranes to pick up work inside warehouses and for interior remodeling jobs in industrial and commercial settings.”

ALL’s exclusive territory for Maeda sales covers the states of Ohio, Indiana, Illinois, and Wisconsin. ALL will sell and service Maeda’s full line including spider cranes, crawlers, and battery cranes. Widely considered the smallest cranes in the world, Maeda cranes can go where other cranes simply can’t. With a width as little as two and a half feet, many can actually fit through standard doorways.

The construction industry is especially fond of these small cranes for their ability to be placed high up in a structure and assist with glazing and curtainwall installation.

“The multi-angle outriggers are a game-changer. They take cranes that already could move in close due to their small size and get them that much closer to the work,” said Doyle.

The Maeda spider cranes added to ALL’s own fleet are being deployed throughout the four states in which ALL is an authorized dealer, so customers unfamiliar with the product can see their performance for themselves.

Japanese-made Maeda originally carved out a niche for itself with its small, versatile spider cranes. It has made a push into the U.S. market with the formation of Maeda America Inc., headquartered in Houston, Texas.